"I am not blaming anyone here but Sushant made his choice very clear. He wanted to go on with his career and he chose his career and moved on," said Ankita.

Pavitra Rishta actress Ankita Lokhande has finally broken her silence on break-up with the late actor Sushant Singh Rajput. Well, the two met on the sets of Pavitra Rishta and fell for each other. Sushant and Ankita were in a relationship for six years but called it quits in 2016. Their relationship became the hot topic of discussion. Also Read - #BLBestOf6: Huma Qureshi, Samantha Ruth Prabhu, Ankita Lokhande and more – vote for the Best Actress in a Web Series in the first half of 2021

Recently in an interview, the actress Ankita spoke about her break up with late Sushant and how people massively trolled her after the death of the actor. She said, “People are saying to me today ‘you broke up with Sushant’. I ask them ‘how do you know?'” She added, “I am not blaming anyone here but Sushant made his choice very clear. He wanted to go on with his career and he chose his career and moved on.” Also Read - Trending TV News Today: Divyanka Tripathi flaunts her injuries, Ankita Lokhande's 'bhaad mein gaya pyaar-vyaar' reel goes viral and more 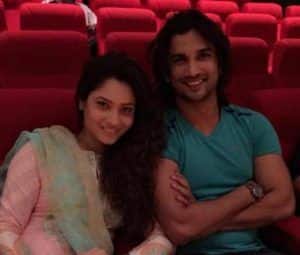 Ankita even said that back then she used to remain silent as she did not want to create the drama of her relationship. She even said that she is not blaming Sushant but is upset about being trolled and blamed for their break-up.

Talking to Bollywood Bubble, Ankita said “Aaj log mujhko aakar bol rahe hai, ‘Tumne chhoda Sushant ko’ (Today, people are accusing me of having dumped Sushant). How do you know that? Nobody knows about my thing. Sushant… I am not blaming anyone here… I think he made his choice very clear. He wanted to go on with his career. He chose his career and he moved on. But for two-and-a-half years, I was dealing with so many things.” 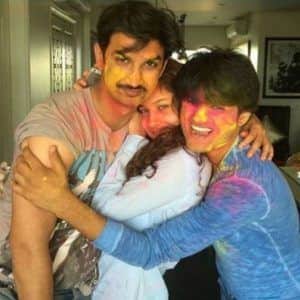 She further added saying, “For me, it was very difficult but my family stood by me. My life was finished. I was just finished. I did not know what to do after that. I am not blaming anyone. He chose his way,” she said, adding, “I gave him the full right, ‘Chal, yeh teri zindagi hai (it’s your life), you can go on.’ But then, I was battling with something very badly and my family stood by me. I came out very strongly.”

Ankita spoke about the time when she was lost and had low phase in her life. She said she did not even talk to her parents. "Aapke dimaag mein cheezein aati hai uss time ki main kya karoon Maybe I wanted to finish myself. Woh thought process tab aapka hota hai but then I came out of it," said Ankita. Ankita told people that it was Sushant who wanted to grow in life and he did what he wanted. Why are they blaming and abusing her now. She said, "You don't know what is my story, so stop blaming me. It is really hurtful.” Sushant died on June 14, 2020, and time and again Ankita pays tribute to the actor.

For the unversed, Ankita is currently in a relationship with Vicky Jain. There are reports which state that the two are planning to settle down soon. On the work front, it is said that Ankita will soon be featuring in the sequel of Pavitra Rishta.