Sara Ali Khan is one adorable goofball in real life. And she doesn't have a filter when it comes to a sense of humour. Check out her latest Instagram story featuring father Safi Ali Khan here:

Sara Ali Khan is very modest when dishing out opinions, but the actress has a unique sense of humour. The Kedarnath actress is too goofy, and her goofy side makes everything funnier. So, Sara Ali Khan took to her social media handle and shared a picture from the sets of Atrangi Re (throwback) in which she could be seen sitting on a small platform of a tea stall. She has a very good reason to share the post, btw. The tea stall's name happens to be Saif. Taking a dig at her father, she captioned the post saying, "I Love my dad." The actress is seen wearing a white suit with a blue border. She looks like the younger version of Amrita Singh. Have a dekko at Sara Ali Khan's Instagram story here: Also Read - From Shah Rukh Khan to Salman Khan and Ajay Devgn – here's the LATEST UPDATES on the projects of these 10 Bollywood stars 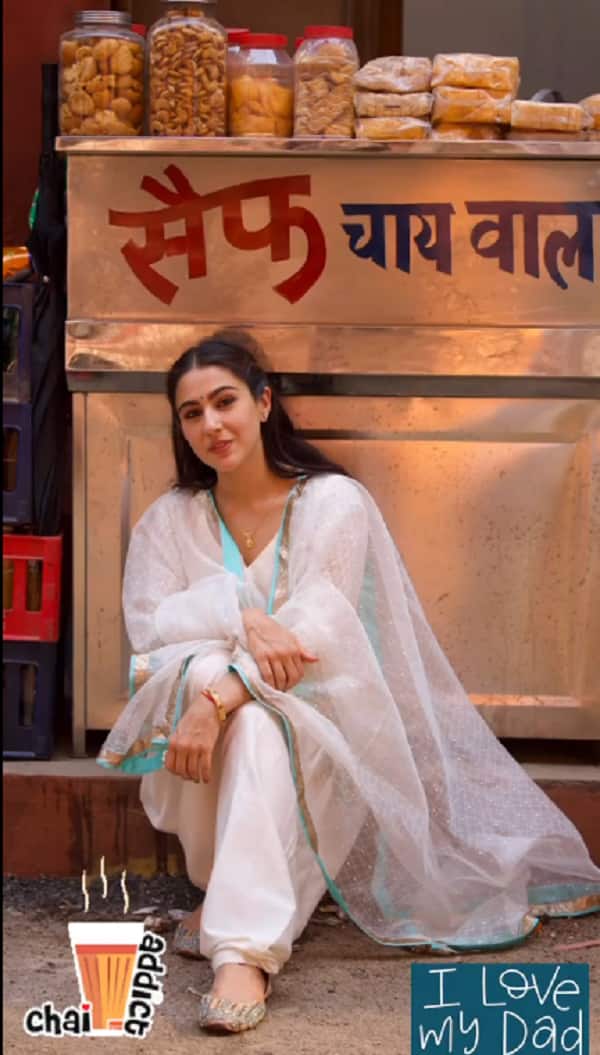 What do you have to say about Sara Ali Khan's post? Let us know by tweeting @bollywood_life. Also Read - Tanu Weds Manu director Aanand L Rai ropes in THIS mega music composer from the South for his next movie, and it's not AR Rahman?

Earlier, the Simmba actress had created to her father's statement that he did not feel like an absentee father in his kids' lives. Sara Ali Khan said, "I know my father very well. Dad is like me, so he says what he is thinking at that particular point. He never really says things for any ulterior motive.” She went on to add, "I love mother a lot. I think when you have a lot of time to show a feeling or emotion, it’s easier. Mum is a single mother, and I am everything because of her but she has every day to show how much she loves me. I don’t live with my father so, I haven’t felt that [emotion from his side],"

While she looks like her mother, Sara Ali Khan is more like her father in more ways than one. She graduated from Columbia University with a degree in history and political science. She had previously recalled how she bonded with her father whilst on a vacation. She had said, "I remember this vacation with him in Italy, which was all about pizza, pasta, culture, museums, music and plays. This is something my father and I really, really enjoy. We both are history nerds, and we laugh about the fact that we discuss Hitler and Stalin more than films and Bollywood."

On the work front, Sara Ali Khan has Atrangi Re up for release alongside Akshay Kumar and Dhanush. On the other hand, Saif Ali Khan has Adipurush with Prabhas - Kriti Sanon - Sunny Singh, Bhoot Police with Arjun Kapoor, Jacqueline Fernandez and Yami Gautam.