Bollywood's most popular couple Akshay Kumar and Twinkle Khanna tied the knot on 17, January 2001, and have completed 20 years of togetherness this year.

Bollywood's most popular couple Akshay Kumar and Twinkle Khanna tied the knot on 17, January 2001, and have completed 20 years of togetherness this year. Their lavish wedding was a private ceremony that was held in Mumbai. Their wedding was attended by Aamir Khan, filmmaker Dharmesh Darshan among few others. Well, few unseen pictures from their intimate ceremony are going viral all over the internet. Also Read - WTF Wednesday: Blaming Shilpa Shetty for Raj Kundra’s alleged crimes proves our inherent misogyny

At Twinkle's book launch, Aamir Khan had narrated an incident from Akshay and her wedding. He had said, "Twinkle constantly misuses me. She made me a videographer at her wedding with Akshay. I was ordered to come and start shooting." Also Read - Trending Entertainment News Today – Saif Ali Khan reveals one thing he would not dare to do with Kareena Kapoor Khan; Kriti Sanon celebrates her birthday with the media 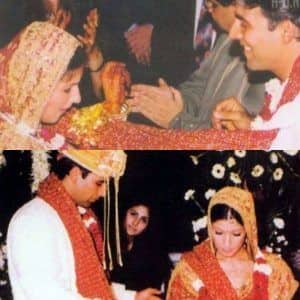 On Karan Johar's chat show Koffee With Karan, Akshay recalled the time of his proposal and said, "She was very confident about 'Mela' and said that if the film didn’t work, she would get married. Fortunately for me, 'Mela' flopped, and we got married.". He even revealed the secret behind their successful marriage and said that "We keep on discovering new things about each other because we are so different. We are poles apart." 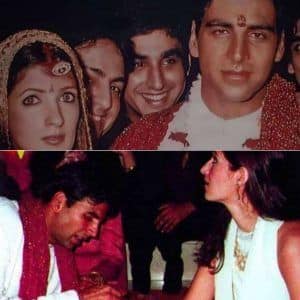 He even praised his wife and best friend Twinkle and had said, "Tina (Twinkle) is my best friend. My wife is the best person any man could wish to wake up next to. She holds me up when I’m falling, and puts me down when I’m flying. She makes me laugh when I’m sad and moans when I am sitting idle. Tina is everything for me. She is my reality check."

Twinkle and Akshay are parents to Aarav and Nitara Kumar. On the work front, Akshay will be seen next in Bellbottom which is directed by Ranjit M Tewari and stars Vaani Kapoor, Huma Qureshi, Lara Dutta, and Adil Hussain in pivotal roles.