Has Esha Gupta exchanged rings with Manuel Campos Guallar? This is how Aashram 3 actress responded to friends 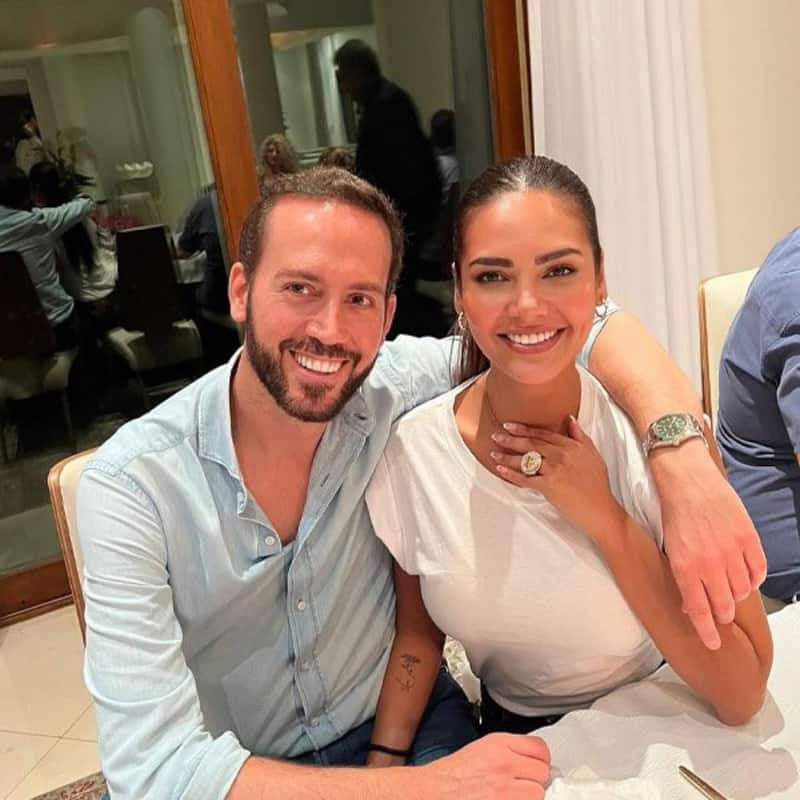 Has Esha Gupta exchanged rings with Spanish beau, Manuel Campos Guallar? Well, this was the first question that came to our minds as she shared pics with him flaunting a huge ring. We can see the couple happily posing after what looks like a dinner with close friends. They enjoyed their first Sabbath. As we know, it is a holy day for Jews and they call people over for feasts. The actress captioned the post, "Not the ring I expected, but atleast it’s a Lakers champions ring.....Had our first Sabbath, thank you Zahi and Galit for being the best hosts with the most amazing food. And Linda, I wouldn’t mind this ring though." Also Read - Urfi Javed apologises to Chahatt Khanna for dragging her divorce in their nasty fight: 'It was low of me to comment'

Her friends like Terence Lewis and Dharma CEO Apoorva Mehta sent her congratulatory messages. She clarified with Terence Lewis that she was not engaged so far. Esha Gupta is now in the US. She was in India for a while to promote her show, Aashram 3. Her bold scenes with Bobby Deol made people sit up and take notice. Esha Gupta has been with Manuel Campos Guallar for more than a year now. The 36-year-old actress is happy in her relationship, and not in a hurry to tie the knot. Also Read - Pirates of the Caribbean star Johnny Depp all set to make his directorial comeback after 25 years [Deets Inside]


Esha Gupta believes in ageing gracefully. She said that people like Monica Belluci and Rekha manage to stun everyone even though they are not young. Esha Gupta said she likes it when people say she is hot. Stay tuned to BollywoodLife for the latest scoops and updates from Bollywood, Hollywood, South, TV and Web-Series.
Click to join us on Facebook, Twitter, Youtube and Instagram.
Also follow us on Facebook Messenger for latest updates.
Advertisement