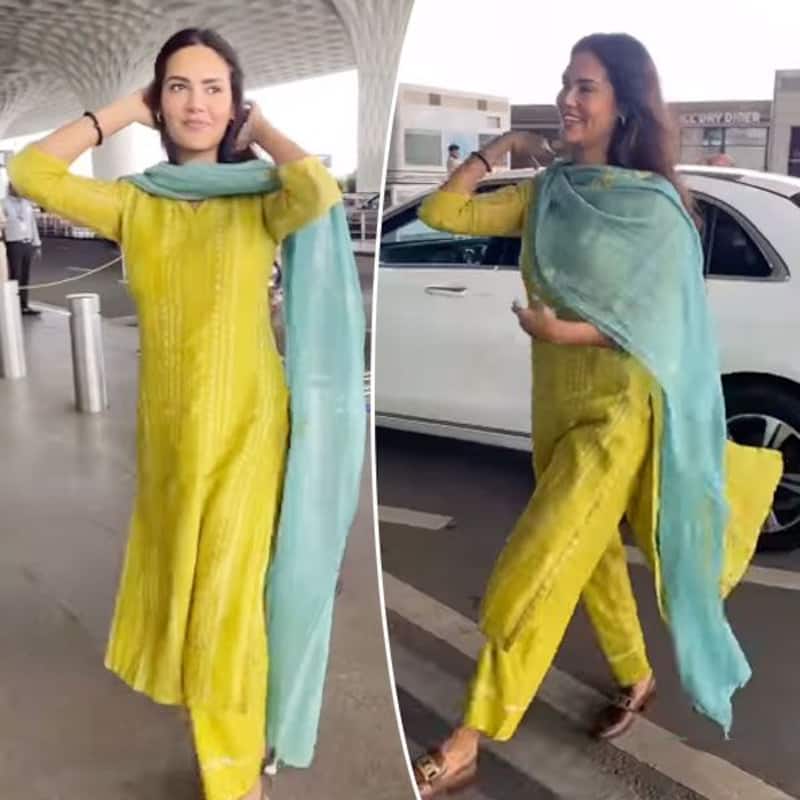 Aashram 3 actress Esha Gupta was seen today at the airport. She was dressed in a lime green suit with a blue dupatta. With a pair of earrings and simple makeup, Esha Gupta was the quintessential desi beauty. Given her bold image on social media, this look came as a surprise. The stunning actress seem to have won over netizens who left sweet compliments for the actress. Esha Gupta who divides her time between India and Spain was seen on the show, Aashram 3 with Bobby Deol. Her super hot scenes went viral on social media. Also Read - Mahesh Babu starts working on his massive physical transformation for SS Rajamouli’s next? Drops an exciting hint

Fans commented, "Miracle, miracle," while another one wrote, "Impossible." It is evident that few expected such a look from her. But this is not the first time that Esha Gupta has rocked desi wear. Her pics in sarees are as alluring as those in gowns. Esha Gupta who works out religiously as no qualms about flaunting her body. The actress believes that sexy is a state of mind. Esha Gupta has clarified that trolling does not affect her, as she does not pay heed to it. Fans are loving her pics with beau Manuel Campos Guallar as well. Also Read - Debina Bonnerjee HITS back with sassy replies to people questioning her second pregnancy just four months after giving birth to Lianna

Esha Gupta has some more web shows lined up. Talking about her intimate scenes, she told BollywoodLife, "There's nothing about being comfortable or uncomfortable when you have worked for like 10 years in the industry. People think intimacy is a problem but it's not, unless and until it's a problem in your real life. We are very open about it. The only thing is every scene is difficult, whether you're crying or driving on-screen." Also Read - Did R Madhavan sacrifice his house to fund Rocketry: The Nambi Effect? The actor responds