Exclusive! Is that Priyanka Chopra and Nick Jonas' engagement ring? Here's the truth

What you thought must be a 'casual' affair is turning out be quite a serious one! We are talking about none other than the hottest couple in town - Priyanka Chopra and Nick Jonas. From walking hand-in-hand to flying down to meet each other's families, the love birds have already dropped enough hints to let the world know that they are very much together. Little did we expect they have also exchanged rings already. Yes, we are talking about the similar looking rings that you spotted on Priyanka and Nick's fingers, when they stepped out for their first dinner date in Mumbai the other day. Turns out both PC and Nick wanted to take their relationship to the next level only after getting an approval from each other's families and now that even PC's mom is in the know, the couple couldn't wait to seal it with a ring. ALSO READ: Wow! Priyanka Chopra and Nick Jonas to get engaged next month Also Read - Before Samantha Ruth Prabhu - Naga Chaitanya divorce rumours, reports of spilt of THESE much loved celeb jodis that rocked the film industry

However, don't be mistaken to think that Priyanka and Nick are engaged. It's in fact a pre-engagement ring or like they call it - the promise ring. PC and Nick both believe in the Cartier love bands which couples usually exchange when they think their relationship is worth lasting for a lifetime. It's basically a sign of commitment and the first token of a serious relationship. It costs roughly about five thousand rupees, unless it's customised with each other's names carved on it. Also Read - When Priyanka Chopra was accused of marrying Nick Jonas to achieve success in Hollywood

Here, have a closer look at Priyanka and Nick's rings below: 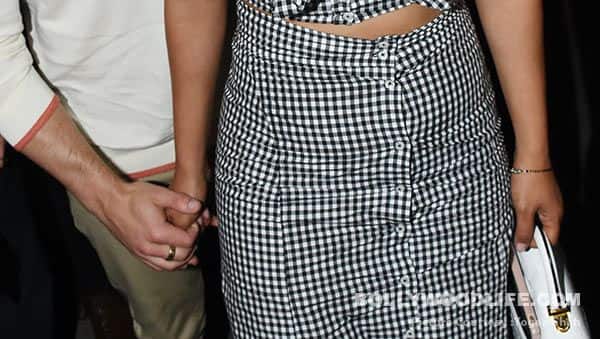 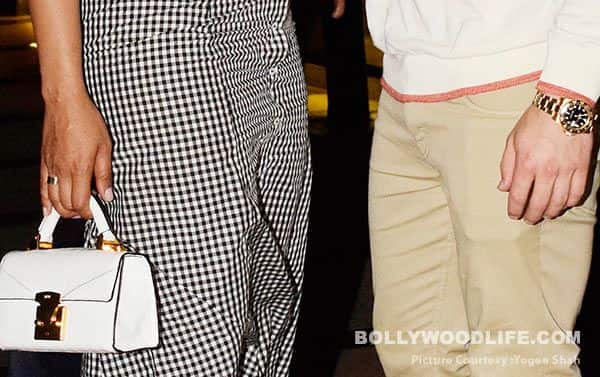 Interestingly, Priyanka has time and again gone on record to say how she'll declare her relationship status only when she has a ring on her finger. She had said, "When there is a ring on the finger, the world will know. I believe you are single until you are married.” So does this mean PC and Nick are soon planning to get married?