Ah...now this is something you would love to know about his film! 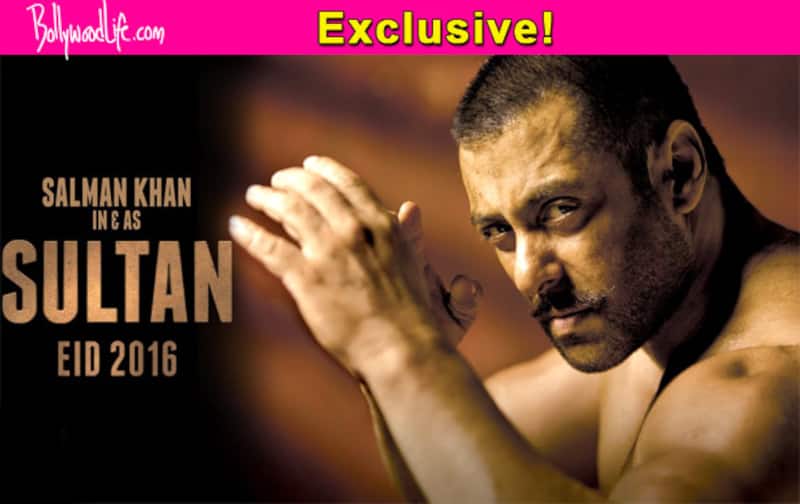 Salman Khan's Sultan will be one of a kind film. It will be a completely different experience to watch the actor turn into a wrestler and that expectation has made him get into gruelling excise regime to look the part. But a Salman film without some gaana bajana is just not right and so, we have EXCLUSIVE details of a track from the film getting shot in Mumbai. Read on! Also Read - Salman Khan's ex-girlfriend Somy Ali calls him a 'woman beater': 'Not just me, but many'

Salman Khan will be seen in the song along with Amit Sadh. The song is crooned by Arijit Singh! So be prepared for yet another musical treat. It's a pub sequence and is getting shot since two days now. Salman will also be seen taking the mike and crooning. As per the sequence, he will be requested by a few girls to show some moves on the dance floor but he will decline . Now, that's something you are definitely going to be excited about. But there's no Anushka Sharma in the song, so anyone expecting some love shove will be disappointed. Have a heart, the next song could be the one which shows the romantic side of this man and we know that would make you really happy. Also Read - Shehnaaz Gill opens up about her marriage plans and the quality she wants in her husband [Watch video]

This news is something which has made Sultan even more interesting. Every day a new piece of information about the film is released and we are left more and more restless for the film. This is our condition when the trailer is not even out. Meanwhile, you tell us how excited you are to watch the film. Also Read - Bhaijaan: Salman Khan’s long hair picture goes viral from the sets; check out fans’ berserk reactions