EXCLUSIVE! Varun Mitra REVEALS he was bullied by 'senior actor' Rhea Chakraborty on the sets of Jalebi

The film is set to hit the screens this Friday 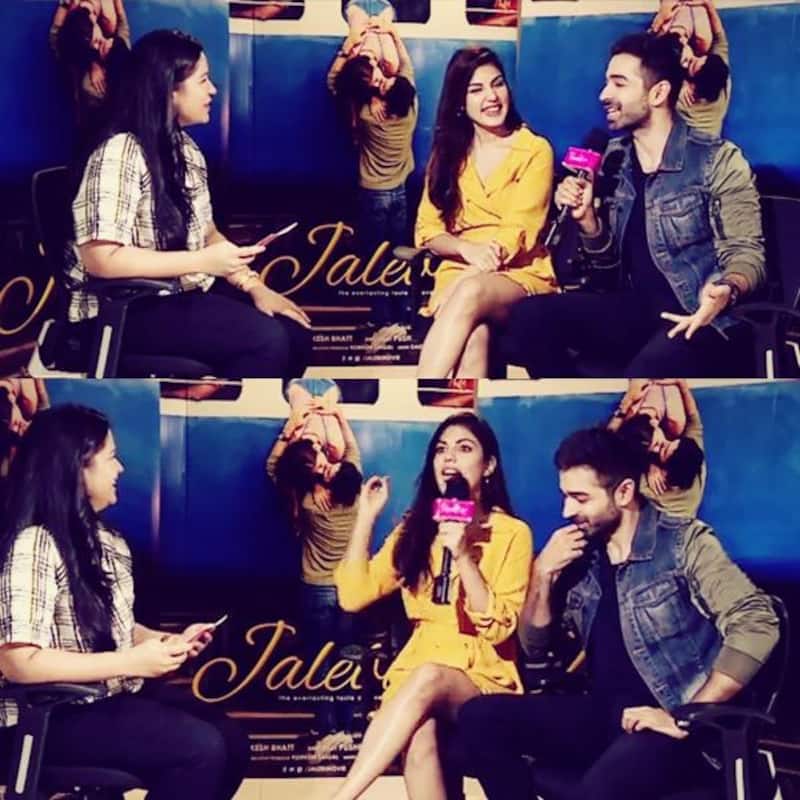 Vishesh Films have always struck a chord with the audience with their musical blockbusters - right from Sadak to the Raaz franchise. Their upcoming venture, Jalebi, featuring debutante, Varun Mitra, and Rhea Chakraborty garnered attention of the audience thanks to the crackling chemistry of the lead pair and the music. While we are talking about the equation that the leads share, in an exclusive chat with us, Varun revealed details of his love-hate relationship with Rhea. Also Read - Alia Bhatt-Ranbir Kapoor baby shower: The Brahmastra couple look resplendent as they pose with family and friends before the arrival of their first child

In fact, he also revealed that Rhea used to bully him on the sets, as she is the senior actor between the two. He also shared an interesting incident, where the actress exacted revenge from him while shooting for a Holi sequence. To know as to what happened exactly, watch the video below...

Talking about Jalebi, the romantic drama has been directed by Pushpdeep Bhardwaj and produced by Mukesh Bhatt and Sakshi Bhatt, under the banner of Vishesh Films. It also stars Digangana Suryavanshi in a key role. The film is set to hit the screens this Friday and will lock horns with Kajol's Helicopter Eela and Sohum Shah's Tumbbad at the ticket windows. So are you excited to watch Jalebi on the silver screen? Tweet to us... Also Read - GQ Best Dressed 2022: Nora Fatehi, Esha Gupta, Pooja Hegde and more celebs put their most fashionable foot forward [View Pics]