A graphic image linking Alia Bhatt's pregnancy to Sushant Singh Rajput's reincarnation has gone viral on the internet. Social media users have been circulating the image widely. However, this graphic image is a total fake. 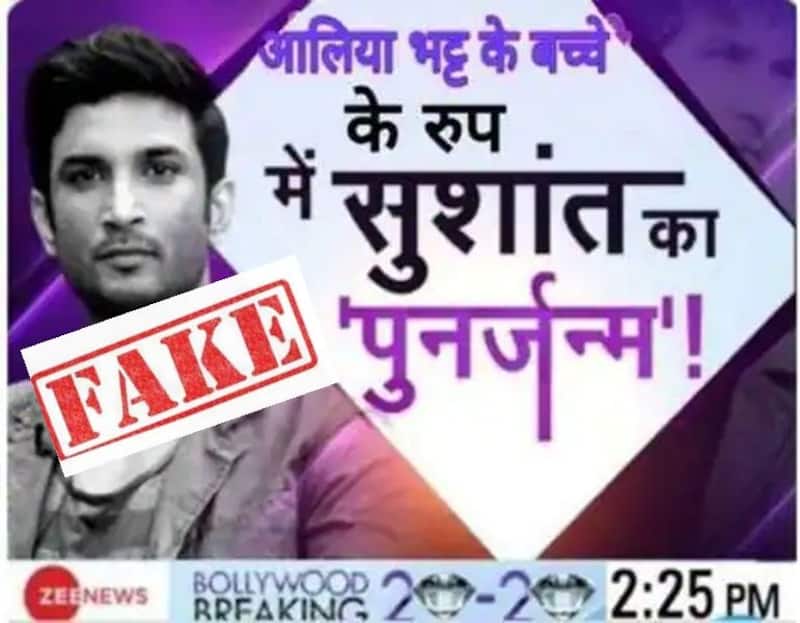 It has come to light that the viral graphic image of Sushant is nothing but an edited version of the original, which dates back to 2020. Several Facebook and Twitter users have fallen to the fake image and believing it to be true. Also Read - Happy Friendship Day 2022: Did you know Alia Bhatt and Deepika Padukone met during a concert, outside a washroom? [WATCH VIDEO]

The original graphic image was posted by the official Twitter handle of Zee News on September 21, 2020. It was a preannouncement of a special show which featured a story of a veteran wax artist named Sukanto Roy from Asansol, West Bengal, who paid tribute to Sushant by sculpting a full-sized statue of the late actor. The original tagline of the graphic read, "Asansol mein Sushant ka punar janam!" an expression which means, 'Sushant immortalised in wax in Asansol.' Also Read - Alia Bhatt and Ranbir Kapoor off for a babymoon? Actress looks cute as she flaunts bump in a sweatshirt [View Pics]

It is now clear that some miscreant chose to edit the image by linking Alia's pregnancy to Sushant's reincarnation and mislead people on social media. The viral screenshot with the channel's logo is fake and should not be misconstrued.