Fans are eager to watch Kangana Ranaut's Simran this weekend

This Friday, Kangana Ranaut's Simran will be audience's first preference. 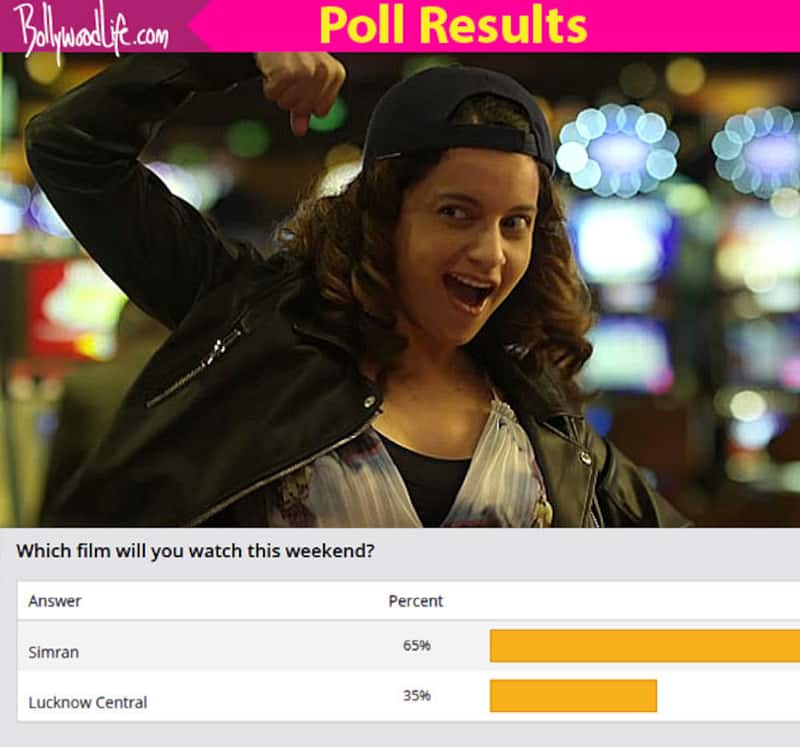 Simran and Lucknow Central are the two movies that are releasing tomorrow. Both the films will either shine or wither away based on how they were made. Such films, which don't have a big star to get people to the theatres, need a good buzz and it seems Kangana Ranaut's Simran has managed to grab people's attention. The actress will return to the big screen after Rangoon, which was a dampener at the box office. But the audience is ready to give her yet another chance. Simran looks fresh and competent. It might just follow the path of Queen, which was a blockbuster. Also Read - From disrespecting Hina Khan, Helly Shah for their Cannes appearance to calling Nayanthara a lesser star; 5 times Karan Johar proved he needs to think before he speaks

Kangana Ranaut plays a Gujarati woman, who is working in the housekeeping division of a hotel in the US. But her ambitions are big, in fact they are so high that it gets the better of her and she lands in a sticky spot. The world of crime is one such soup she lands in. How does she get out of it or does she, forms the plot of the film. Kangana is perfect for such roles. In fact, the character she plays has a lot of quirks. She is a kleptomaniac, a bit clumsy and loves to be outspoken. Shoplifting is a serious issue but it seems like Hansal Mehta has not let it become so obvious. No wonder fans gave the film 65 per cent votes. Also Read - Before Anjali Arora's MMS leak, Kareena Kapoor Khan, Jacqueline Fernandez and more Bollywood celebs' private moments went viral online

Lucknow Central, too, looks promising. Yes, it is just a repeat of what Qaidi Band was all about but while the previous film featured newcomers, this film has a lot of performers who are known for their acting skills. Farhan will look to redeem himself as an actor after Rock On 2. Well, Friday will reveal what becomes of these films.