This picture is everything that is Bollywood today!

Karan Johar posted something early morning and social media has gone crazy. We now want it to break the selfie Ellen Degeneres had clicked at the Oscars. In this pictures, there is Shah Rukh Khan, Aamir Khan, Ranbir Kapoor, Ranveer Singh, Deepika Padukone, Alia Bhatt and Karan Johar himself. Can this get any bigger? Of course not! Just imagine what if all these came together in a film. We are getting goosebumps already. But then we are always governed by greed and that's exactly what happened here. Social media users freaked out at this epic picture and then started wondering who is missing. Well, prompt came the answer Salman Khan. There were also those who wanted Kajol in it too but people desiring Salman in the frame were too many. Also Read - Bollywood and Baarish: Romance, fights, chiffon sarees and more – here's what actors do when it rains and it's HILARIOUS – view pics

Check out the EPIC picture here...

Also Read - From Kangana Ranaut to Aamir Khan: 5 celebs who have said the meanest things to Karan Johar on his face 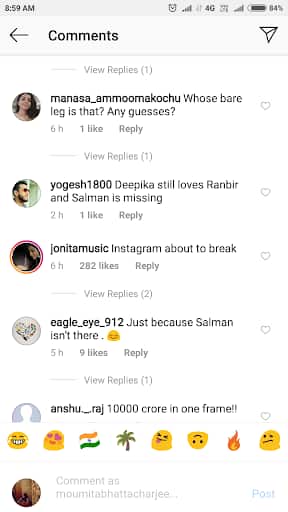 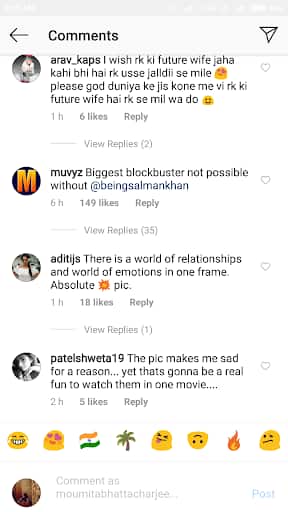 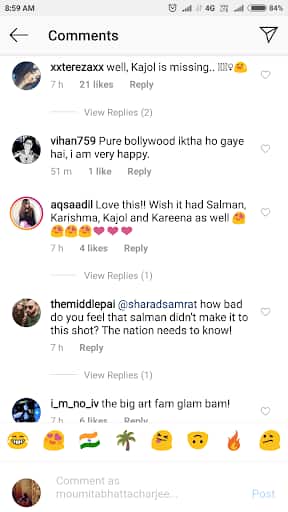 Well, we understand the feeling here. It already has two generations of film world in one frame. There're Aamir and Shah Rukh who have been ruling Bollywood for two decades and more. Then comes the present generation of Ranbir Kapoor and Ranveer Singh who will successfully take the baton forward. Both of them are the biggest draws at the box office this year. Alia and Deepika are the two actresses everyone wants to work with. They are beauties with oodles of talent. In fact, Raazi, women-centric film, has scored Rs 100 crore and more at the box office this year. Missing Salman makes a lot of sense here because there is no one bigger than Bhai when it comes to entertainment at the theatres. This picture is everything that is Bollywood!