Even though critics have given a mixed response to the film, fans think otherwise. Read on!

Shahid Kapoor and Alia Bhatt's Shaandaar has evoked mixed reactions. While most critics have called the film non-fabulous as opposed to what the film's title suggests, the opening day collections of the film beat the records of others like Tanu Weds Manu Returns, Badlapur and Baby. The venture managed to collect Rs 13.10 crore on day 1 but the collections saw a major dip on day 2 where only Rs 7.55 crore was raked in by this Vikas Bahl directional. Also Read - Shaandaar box office collection: Shahid Kapoor and Alia Bhatt's rom-com collects Rs 33.51 crore in 4 days!

Looks like a weak word of mouth has lead to a downhill slop in the BO collections for Shahid and Alia's latest release. Where some people have not given the film a positive response, die hard fans of Shahid and Alia or 'Shalia' seem to basking in the glory of Shaandaar's release. The hastag 'ShaandaarWeekendWithShalia,' has been trending on Twitter, where fans some are either talking about how they can't wait to watch the film, and others are letting the nation know about how awesome they find this venture. Check out some of the tweets below: 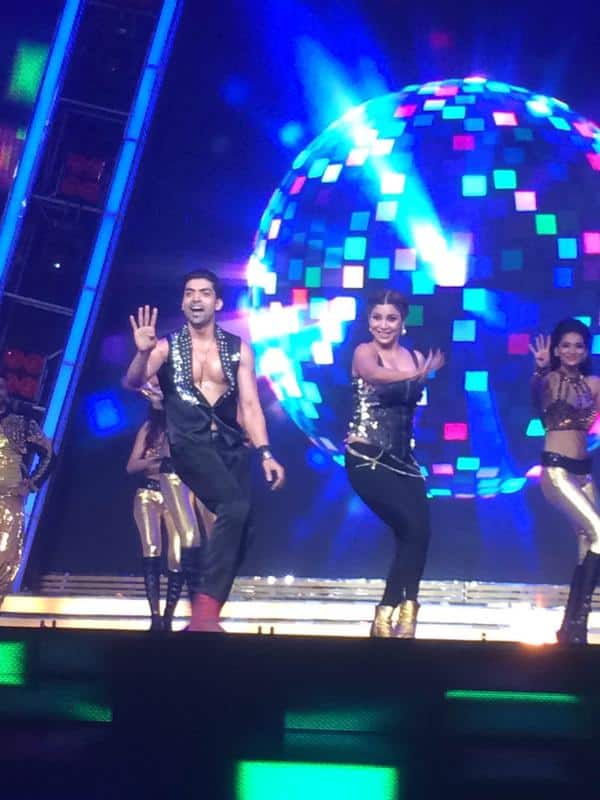 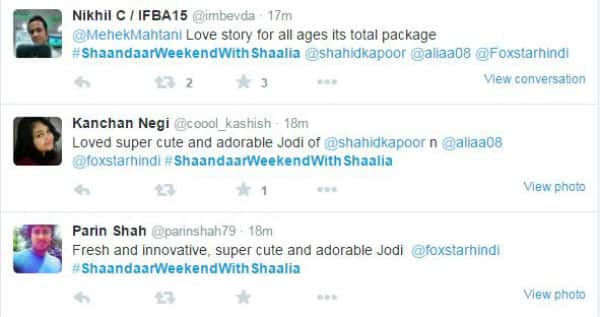 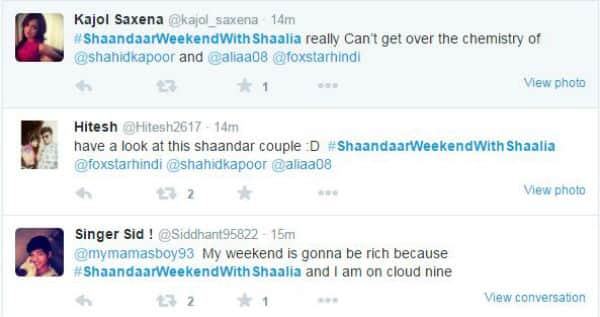 Wow, looks like some fans have REALLY liked Shaandaar. More than the film, what is being talked about is Shahid and Alia's sizzling chemistry in the film. Most of the fan tweets talk about the couple's pairing in the film and how it is refreshing. Even though Shaandaar may not have received great responses, Shalia's camaraderie in the same, has become a hot topic.

We bet Alia and Sasha will be ecstatic to see such tremendous support from their fans. Now this. is truly some Shaandaar love!