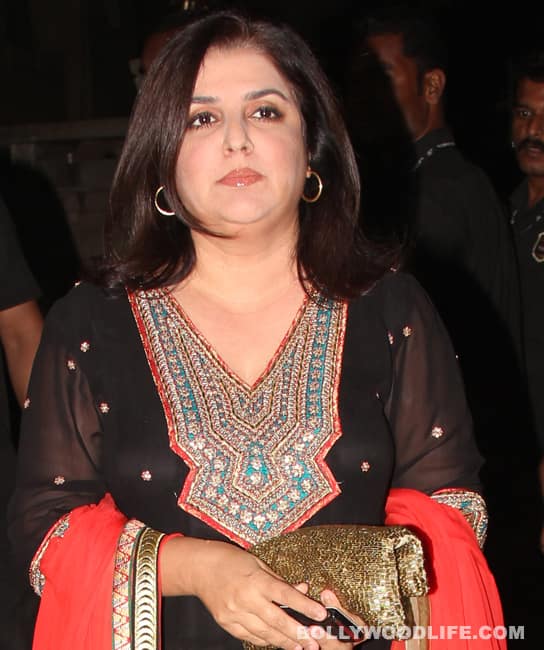 Even Akshay Kumar's fans will admit that the dud Tees Maar Khan is not exactly his best work. But director Farah Khan had a lot riding on the film, as it was her first without Shahrukh Khan. So it was mighty surprising when a year after its release, Farah admitted on national television that TMK was indeed a bad film. She said it when she met her hater on Arjun Rampal's chat show, Love 2 Hate U. Farah accepted her mistake with TMK and said she will try to make better films henceforth. Her candid confession changed her hater's mind, who turned into a fan of hers. He even told her that it required a lot of guts to admit that your film was bad on a public platform like the show. We agree too. Kudos to Farah! Of course, she did not stop there. She admitted too that she deliberately did not push Shahrukh out of his comfort zone in Om Shanti Om and Main Hoon Na, the way Ashutosh Gowariker did in Swades. But it did not take long for Farah to return to her usual self and berate the hater for doing a Telugu film for the heck of it. She gave him a lecture on how he should only do work that he believes in, and then gave him an assistant director's post in her next production. We were impressed. Farah faced her hater with dignity and left with her pride intact. We do wonder if Shirish Kunder watched the show and what he thinks about her statement. After all, he did write the film's story and screenplay, and even score background music! So does this mean there is a rift between husband and wife? Or does Shirish really not mind if Farah makes such a statement? Something to think about! Also Read - Baby, Raazi, Tiger Zinda Hai, Ankhen and more – as Akshay Kumar's Bell Bottom trailer drops, check out Bollywood's biggest spy movies at the box office