Farah Khan goes back to dancing! 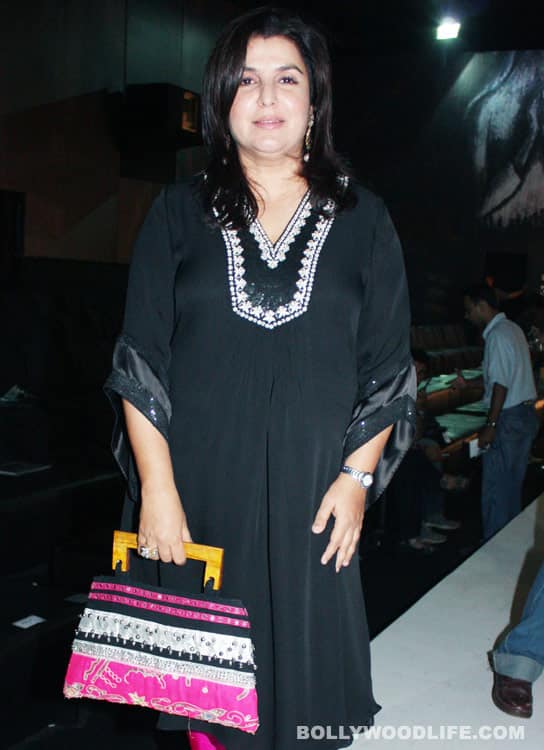 The recent news that Farah Khan will not be coming up with a Tees Maar Khan sequel comes as a great relief to many, who are still recovering from the aftermath of the first part! Farah will instead be seen getting back to choreographing with Rakesh Roshan’s Krrish 2. We hear that Roshan considers Farah his lucky mascot and hence he’s put the onus on her to make his son Hrithik groove in his superhero outfit, though we really hope that Hrithik ditches his ‘dhoti-gamcha’ ensemble (remember Dil na diya in Krissh?) this time around. We think it’s a good idea for Farah to do some dancing till she finds a worthy script to work on. Rushing into a film, after the debacle of TMK wouldn’t be the wisest thing to do, right? So it’s great that apart from a couple of reality shows, Mr Roshan too is going to keep Farah busy. We hope that just like the way Roshan senior has found his lucky mascot in her, Farah too finds one ASAP, as we surely want to see Farah back in top form as a director with more of the typical Farah-flavoured Main Hoon nas and Om Shanti Oms. Also Read - Shilpa Shetty-Akshay Kumar, Shakti Kapoor, Madhuri Dixit and more celebs: Throwback to the most cringe-worthy Bollywood photoshoots – view pics