Farah Khan spills the beans at the 'Housefull 2' trailer launch 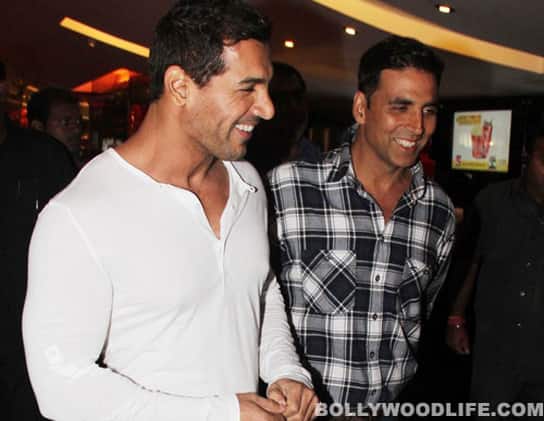 At the star-studded unveiling of the trailer of Sajid Khan’s sequel to his super-successful Housefull, his sister revealed perhaps much more than he was comfortable with

Though not everyone in the group called the ‘dirty dozen’, stars of Sajid Khan’s ambitious Housefull 2 was present, it was still one of the most star-studded trailer launches of a film in recent times. Akshay Kumar, John Abraham, Jacqueline Fernandez, Shazahn Padamsee, Zarine Khan, Rishi Kapoor, Randhir Kapoor, Sajid Khan, Sajid Nadiadwala and Farah Khan were there and made jokes at and about each other, which set the tone for the evening. The trailer was headache-inducing but played three times at the event, much to the chagrin of those present. Also Read - Akshay Kumar, John Abraham, Shahid Kapoor and more stars whose Bollywood blockbusters are remakes of Malayalam classics

The evening began with both Sajid and Farah welcoming the media and inviting questions, but nobody was interested. The trailer was shown twice, after which most of the film’s cast was invited on stage. They began a thank you marathon about how they loved being part of the film, till Akshay Kumar made them realise how boring the proceedings were becoming. As it is the first time that the Kapoor brothers Rishi and Randhir will be seen together on the big screen, the duo got a little emotional, but the rest of the gang was in the mood for some fun. Also Read - Happy New Year, Race 3, Housefull 2, Baaghi 3 and more Bollywood movies people think are duds, but garner great views on TV and OTT platforms

Those missing were Mithun Chakraborty, Riteish Deshmukh, Boman Irani, Shreayas Talpade and Asin. When someone asked Sajid about his plans to get married, Randhir Kapoor said that it was high time he did. Much to everyone’s amusement, Farah Khan said that he should get married before the girl (Jacqueline maybe?) realises how (ugly?) her brother was. The Kapoors refused to talk about their home-production starring Ranbir Kapoor. A pompous Sajid Khan spoke about how he wrote letters to his cast saying that his film would be the biggest hit of their careers and seemed very confident that it would cross the Rs 100cr mark. Also Read - Arshad Warsi is 'quite kicked' as John Cena shares actor's transformation pic on Instagram

Somewhere in between, Malaika Arora Khan’s much-touted item number came up. Sajid said that it was too early to talk about it but, much to his obvious annoyance, Farah spilled the beans, revealing that the song is titled Anarkali disco chali. She went on to talk about the pressure they were under to come up with a hit number, thanks to their track record, while Sajid sat there helplessly twiddling his thumbs. Perhaps he wanted to talk about the song at a later date but, alas, the damage was done. All in all, an interesting evening was had!