Fardeen Khan comes up with a FITTEST reply to his body shamers' rant!

Damn! He is angry and how!

Internet seems to have become an easy target for celebrities and its latest victim seems to be Fardeen Khan. Khan was spotted and clicked recently and Twiterrati went into a tizzy looking at the dramatic weight gain of this once lean actor. While some compared him to a Rasgulla, others made memes out of his pictures. While, the masses had a good laugh, the actor has got really affected with these jokes. Also Read - Throwback Thursday: When Shahid Kapoor and Fardeen Khan had a scuffle thanks to Kareena Kapoor

Fardeen has resorted to Facebook to vent out his frustration and how! In a fiery long post, he calls out to trollers and slams them for body shaming him. He insists he is happy in his own space and they need to not worry. He also states that he is glad to have provided 'weekend entertainment' to the trollers and wishes them luck if that is what they want to keep doing in future. Also Read - Prabhas, Sonakshi Sinha, Arjun Kapoor and more Bollywood stars who were brutally fat shamed 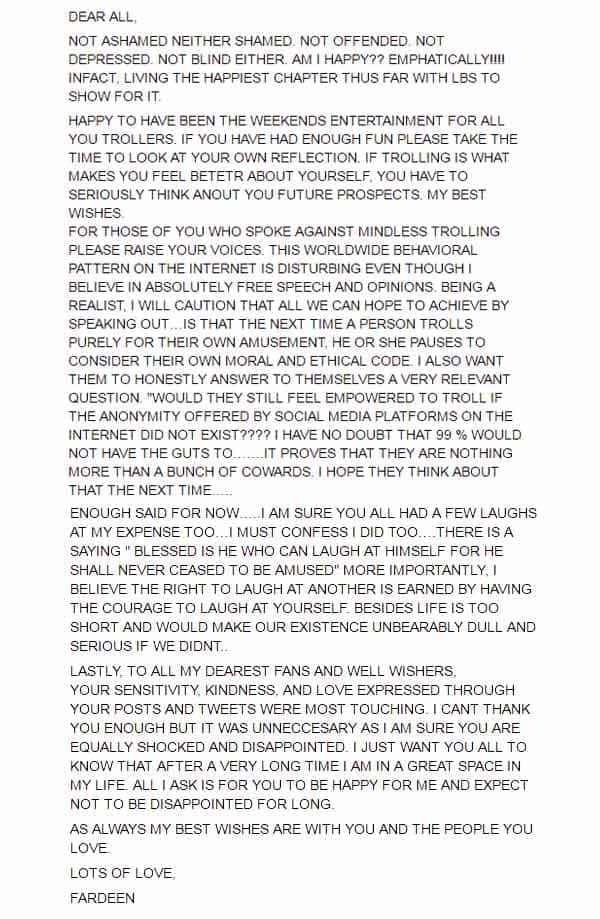 We feel for you Fardeen coz before this, body shaming has only been associated with women actors. Body shaming men is a real thing in showbiz and it is great that Fardeen has addressed this pertinent issue. Before this, singer Adnan Sami was trolled for his weight. Therefore, he even came out to support Fardeen on Twitter. He had said, "Pls stop judging ppl by their #physiques. It's akin 2 #racism! A person is gud or bad thru d soul & not by d weighing scales!#FardeenKhan"