When the trailer of Lucknow Central had hit the web there was an uncanny similarity with Yash Raj Films' Qaidi Band. 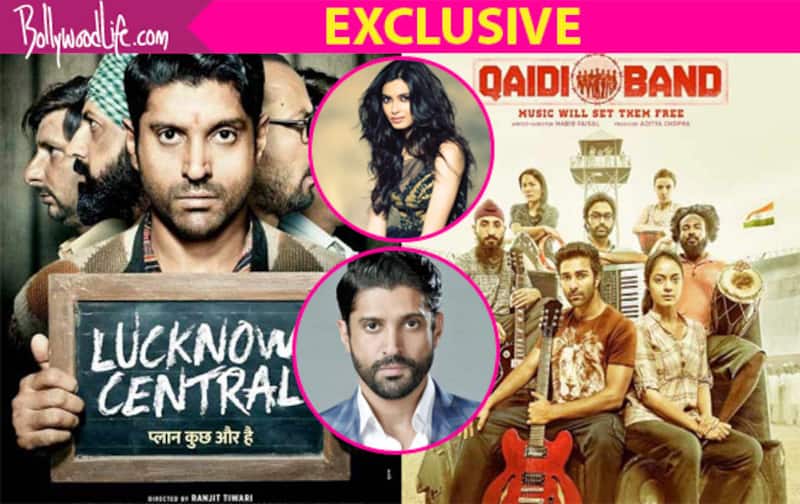 When the trailer of Lucknow Central had hit the web there was an uncanny similarity with Yash Raj Films' Qaidi Band. So when I caught up with the lead stars of Lucknow Central, Farhan Akhtar and Diana Penty and asked them why do they think that films with similar theme often release around same time, be it their film which looks similar to Qaidi Band and will release in a gap of 20 days approx. or the famous biopics on Bhagat Singh or even the upcoming three films on The Battle of Saragarhi, where one stars Ajay Devgn, another, Akshay Kumar and third one, Randeep Hooda. Also Read - Ind vs Eng T20 World Cup Semifinals: Ajay Devgn, Farhan Akhtar and more Bollywood stars motivate Team India to keep their chin up after the big loss

Initially Farhan Akhtar was skeptical about the similarity and said , "I don't have an answer for this. Why people make the films they did I have no idea. I only know why we make the film." But then continued, "I think at the end the of the day I would hope and imagine there is something, apart from what seems to be a similarity, what their characters are doing who they are, what is driving them in the other film is very very different." Also Read - Phone Bhoot screening: Katrina Kaif, Vicky Kaushal, Mallika Sherawat and more B- town stars mark their attendance [Watch Video]

He further talked about Bhagat Singh biopics and said, "Bhagat Singh is one of examples because that's a life story everybody is aware of and you have to stick to that you can't change that." But he maintained that fictional films or those take inspiration from true events can have different takes. Also Read - Sajid Khan-Jacqueline Fernandez to Farhan Akhtar-Shibani Dandekar: Directors who had affairs with Bollywood actresses

To this Diana Penty added, "And it is based on true events so I think more than one person would be inspired to make a film on it but their visions would be different."


Farhan Akhtar concluded with a funny analysis when he said that there was a time when every other film was a love triangle, that time no one had a problem that why are these films same.