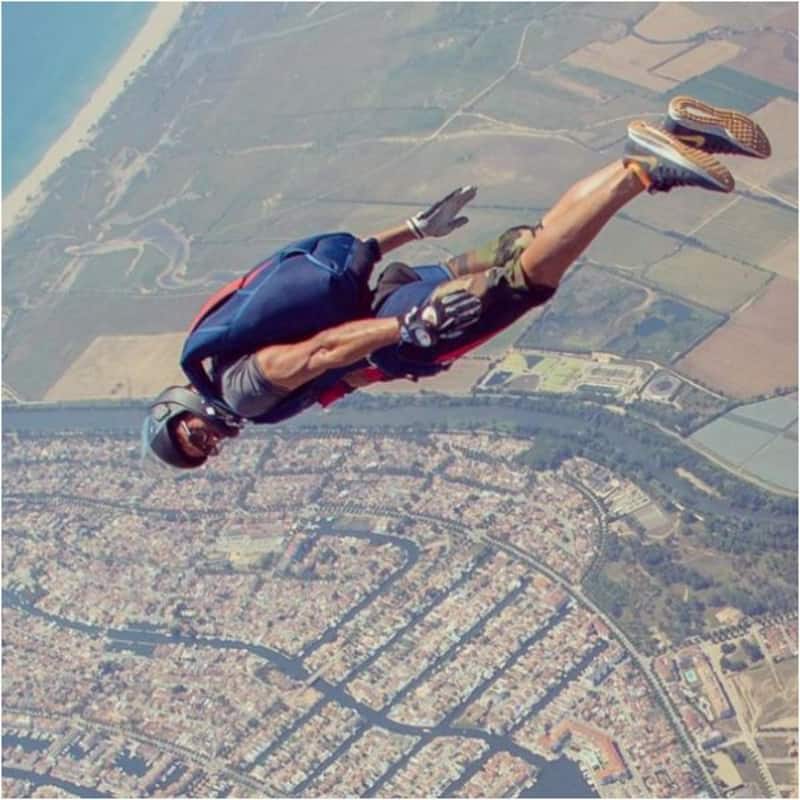 Zoya Akhtar’s Zindagi Na Milegi Dobara starring Hrithik Roshan, Farhan Akhtar, Abhay Deol, Katrina Kaif, and Kalki Koechlin is undoubtedly one of the best movies made in Bollywood. The movie was released in 2011, but still, people love to watch it on OTT and TV. It revolved around three friends who go for an all-boys trip and do different kinds of adventures. One of the adventures was skydiving and recently Farhan took to Instagram to share a picture from Spain where he is doing skydiving. Also Read - Suniel Shetty extends support to Akshay Kumar-Aamir Khan amidst the 'boycott trend' against Raksha Bandhan and Laal Singh Chaddha

Well, this picture of Farhan is remind fans of Zindagi Na Milegi Dobara and they are also asking if he is making Zindagi Na Milegi Dobara 2. A fan commented on the post, “I am the only one who knew #znmd2 I s happening soon.” One more fan wrote, “Remembering your scene in ZNMD.” Also Read - Lock Upp contestant Anjali Arora refuses to take questions on viral leaked MMS clip

There have been reports about Zindagi Na Milegi Dobara 2, but there’s no official announcement about it. Meanwhile, Farhan is all set to direct an all-girls trip film titled Jee Le Zaraa. The movie stars Priyanka Chopra, Katrina Kaif, and Alia Bhatt. There were reports that PeeCee has opted out of the film. However, there’s no official update about it.

Meanwhile, Farhan recently joined the Marvel universe with the series Ms. Marvel. The actor a few days ago, had shared a promo of the series featuring him. He had captioned the video, “What you seek is seeking you!" Ms. Marvel, an original series from Marvel Studios is now streaming in Hindi, Tamil, Telugu, Malayalam, and English.”

A few days ago, Farhan’s business partner, Ritesh Sidhwani had shared a picture of the actor-filmmaker, and he had revealed that Akhtar has started writing something. Well, netizens started wondering whether the filmmaker is working on the script of Don 3.

100% focus even when he’s putting pen to paper (err.. fingers to keyboard) @FarOutAkhtar is back in writer mode after a long hiatus. Guess what he’s working on… pic.twitter.com/ORd0PGF358