All Farhan is wearing in the cover shot is a towel and a pair of shoes. 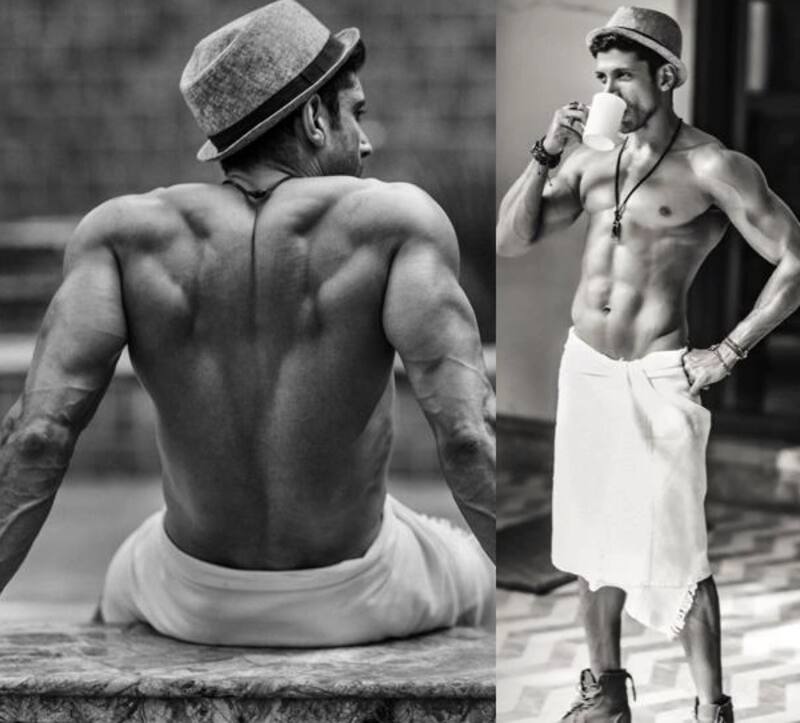 Farhan Akhtar features on the cover of the latest issue of HT Brunch, and boy, it looks like the ice caps are melting solely because of him. So much hotness. As Kareena Kapoor would say, "How dare you? Tumhe koi haq nahi banta ki tum itne khoobsurat dikho! NOT FAIR!". Also Read - Priyanka Chopra and bestie Lilly Singh enjoy Diljit Dosanjh's concert in LA; soak in all the Punjabi vibes as ladies dance to his tunes [WATCH]

All Farhan, 43, is wearing in the cover shot is a towel and a pair of shoes. And we have no idea why, but that makes him look even hotter. The actor is flaunting his washboard abs and his bulging biceps that he has worked extremely hard on. I mean he has even restricted himself to not even going near the food for that. "Even when I am shooting outside Mumbai, I’m very particular about what I eat and when I have my meals. I make sure I keep myself miles away from the catering area so that the wafting aroma of the biryani doesn’t tempt me. " he tells HT Brunch. Also Read - Hrithik Roshan to Shraddha Kapoor: These 5 Bollywood actors are adventure junkies; here's proof!

The actor also adds that he continues to play a sport to this date and somehow finds time to indulge in an outdoor activity. Farhan loves playing volleyball and has the capacity to cycle all the way to his Lonavala house. I once took a flight of stairs and I still go breathless thinking about it. Also Read - Jersey star Mrunal Thakur flaunts curves in a pink bikini; shares how to curb midnight cravings

In the issue, Farhan talks about health and fitness at length. And maybe you can get a tip or two for yourself or your beau to get those smashing 6-pack abs. "Being healthy is not just about building a body, it is a lifestyle that manifests itself in your general outlook. It makes you more positive and optimistic and increases your energy level." the actor says.

Thank you HT Brunch, for the sexiest set of pictures of Farhan Akhtar, ever!