Fashion pick of the day: Athiya Shetty works a splendid denim story that we want to steal for ourselves!

Working a denim story, Athiya Shetty doled out a look that spelled chic, comfort and gorgeousness all bundled into one.

Millennial fashion is quite sought after and stamping her presence firmly with her sartorial sensibilities is Athiya Shetty. The resplendent daughter of Suniel Shetty with her affable nature and a salient style game ringed in the celebrations of the iconic war movie, Border as it completed 20 years and looked nothing less than stunning, we must say so! Time and again, the good old denim undergoes a revamp only to emerge flawlessly and imbibed with contemporary cuts and styles all whilst retaining its functionality. Working a similar denim story, Athiya Shetty doled out a look that spelled chic, comfort and gorgeousness all bundled into one. Also Read - Move over Virat Kohli-Anushka Sharma, KL Rahul-Athiya Shetty is the hot new cricketer-actress jodi and these pics are proof

Athiya Shetty is just one film old and was launched by was launched by Salman Khan, opposite another star kid, Sooraj Pancholi in Hero but she has her personal style mantra perfectly in sync with this look that is wearing what one likes. Here’s how she rocked denim separates with a dash of ethnic style. Also Read - Shah Rukh Khan, Salman Khan, Akshay Kumar should be thankful to God; their era is ending: Priyadarshan 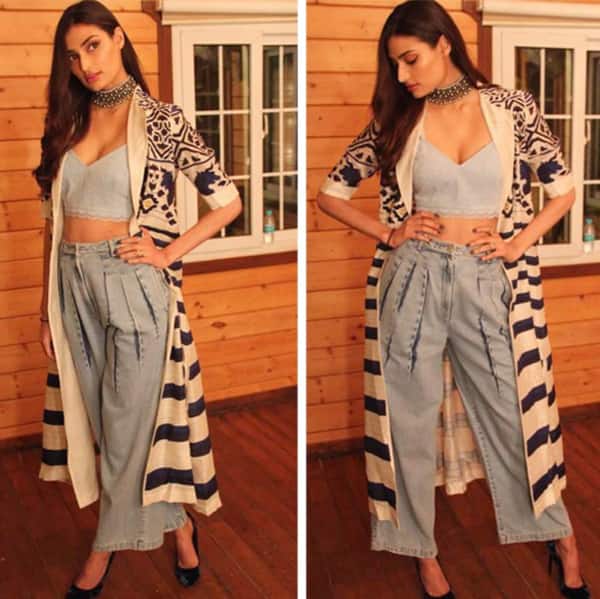 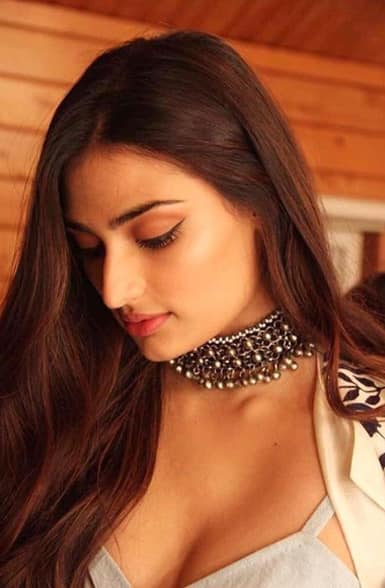 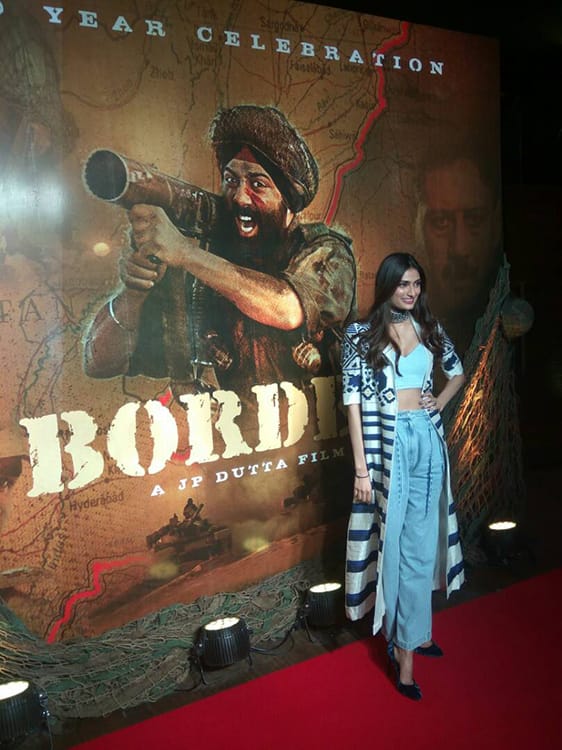 Matching coordinates are a rage and to play with denims is a serious style move, executed perfectly by Athiya Shetty. Throwing in an ethnic twist with the ghungroo choker, Athiya makes a case for ditching the delicate thin chokers and flaunting statement chokers to the hilt. Also, the long line jacket adds a dash of chutzpah to her look. 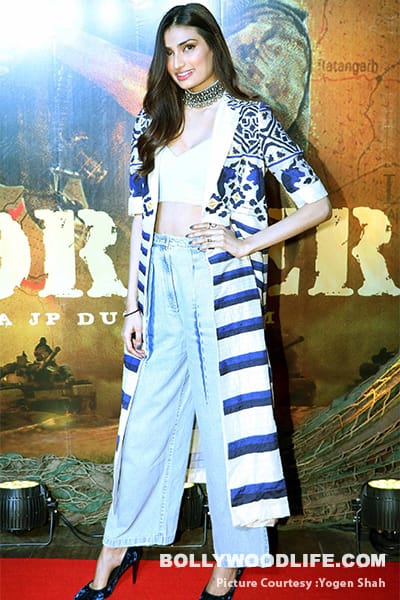 Going edgy by working those denim separates quite wondrously, kudos to Athiya and Ami Patel for snagging a perfect look of 4 stars.

On the professional front, Athiya Shetty is all set to share a sparkling chemistry with co-star Arjun Kapoor in Mubarakan that is slated for a release on July 28 this year.