Fashion pick of the day: Call the police! Arjun Kapoor has us fawning over his insanely hot promotional look for Mubarakan!

Did Arjun Kapoor stride straight into our hearts with his insanely hot ensemble?

Time and again, we have stressed on the fact that men’s fashion is underrated and often gets a lesser amplitude as compared to women’s wear. But with some maverick designers breaking norms and revamping this dull scene, it makes absolute sense to model these striking creations on Bollywood actors. Amongst them, Arjun Kapoor swishes with a dapper demeanor and an astonishing style game, giving zero effs to naysayers at the same time. While his promotional style for Half Girlfriend made the fashion police sit up and give him a bug thumbs up, looks like Arjun Kapoor is raring to outdo his previous style moves. Making an appearance on the grand finale of the celebrity dance reality show, Nach Baliye 8 with his co-stars from Mubarakan, Arjun Kapoor did something unimaginable – he charmed us right away with his snazzy ensemble. Also Read - Arjun Kapoor REVEALS what kind of equation he shared with Janhvi Kapoor before and after Sridevi's death

Giving a double dose of dhamaka, playing Karan and Charan in the romantic comedy, Mubarakan, Arjun Kapoor is amongst the rare breed of actors who ardently believes that style is an instant language to connect. Styled by Anisha Jain, Arjun Kapoor who has shown a style trend of not fitting into clothes to developing a signature style game of checkered shirts and jackets is seen embracing some of the most sought after contemporary styles. Also Read - Malaika Arora leaves us ABSOLUTELY awestruck as she redefines smokin' hot in her latest photoshoot — view pics 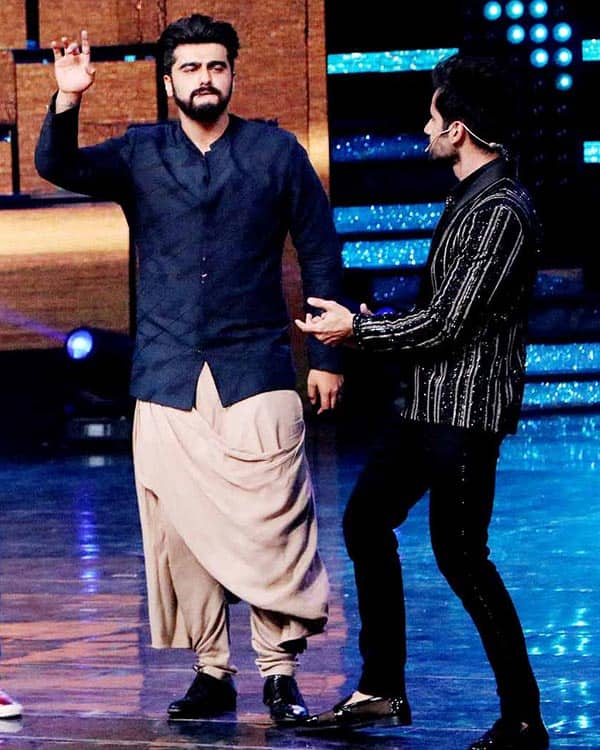 Donning separates of a navy blue colored bandhgala with sand colored salwar from the Summer Resort 2017 collection of Ujjawal Dubey’s label Antar-Agni, Arjun Kapoor rounded up the look with a well-groomed beard, hairstyle, and black shoes. 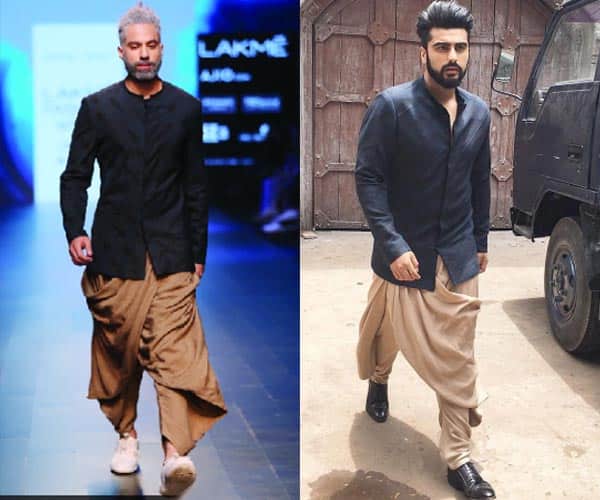 Playing a perfect muse, Arjun Kapoor’s look strikingly resonates with the style sensibilities of the designer, Ujjawal Dubey whose showcase at the Lakme Fashion Week Spring Summer 2017 featured male models with beards, a USP that’s quite hard to miss. Pushing the style boundaries with this ensemble that’s replete with anti-fit, and a constructed silhouette, Arjun Kapoor has indeed kickstarted Mubarakan promotions with a stunning bang. 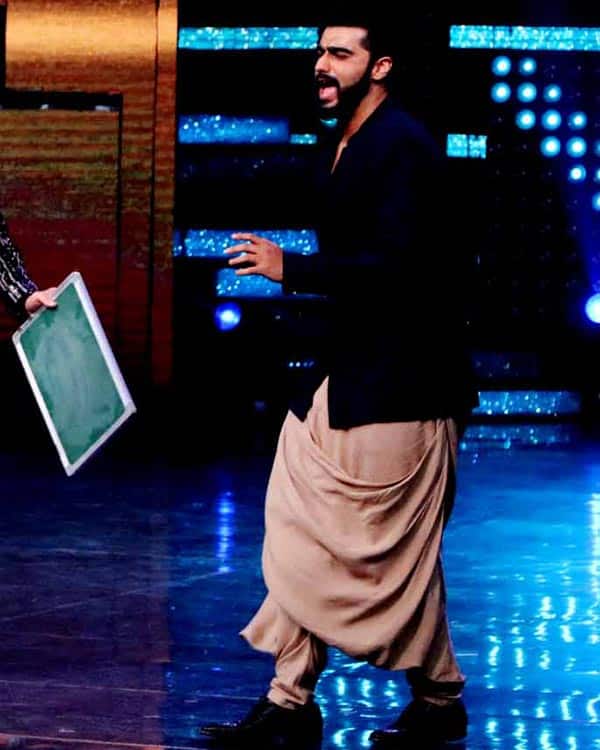 And undeniably, he snags a perfect score of 4 for his uber-dapper promotional style game.

Mubarakan is all set to release on 28 July and also stars Anil Kapoor, Ilena D’Cruz and Athiya Shetty in pivotal roles.