Fawad Khan's pictures from a recent magazine shoot will make you fall for him again!

Fawad Khan looks really handsome in the latest cover of Man magazine and the inside pictures will surely make you weak in the knees so check it out here!

Why you so hot, Fawad? Check out the inside pics!

Okay ladies and gentlemen, before I go into details of this mag shoot, let's take a moment and reminisce all those killer gazes of Fawad Khan that left us head over heels in love with him. This Pakistani import is every girl's fantasy and Sonam, we're so glad that you introduced him to Bollywood with Khoobsurat. And let me be honest here, it's not just his handsome looks that have us go gaga over him. It's his voice, his way of speaking, his killer gazes, his acting, his poise urgh, I can go on and on about him. So I'm gonna stop this swoon session here and get straight to the point of how hot he is as an actor but also as a model. Also Read - Alia Bhatt, Kareena Kapoor Khan, Hrithik Roshan and more: Bollywood celebs who bought lavish apartments amid pandemic crisis

A magazine recently made him the cover boy with a caption saying, "He's just like us" but I strongly disagree. Why you ask? Because look at him. The qualities that I described is not something every one of us has, right? I mean his looks alone win this argument of him being like us. Add his other qualities and the caption can easily be proven wrong. With his upcoming film Kapoor and Sons with Alia Bhatt and Sidharth Malhotra, you can tell that he doesn't need a lady by his side or any sort of burning chemistry on screen to gain attention. Be it his light beard and moustache or his clean shaven look, we're still floored by him.So yes, look at this cover picture, his intense looks alone are going to send us to nirvana! Also Read - Not Ranbir Kapoor BUT Ranveer Singh to star in THIS Sanjay Leela Bhansali's ambitious project?

Red is so his colour, eh? Doesn't he look too dapper? Also Read - Throwback: When filmmaker Mahesh Bhatt threw 'chappal' at Kangana Ranaut as claimed by actress' sister Rangoli Chandel 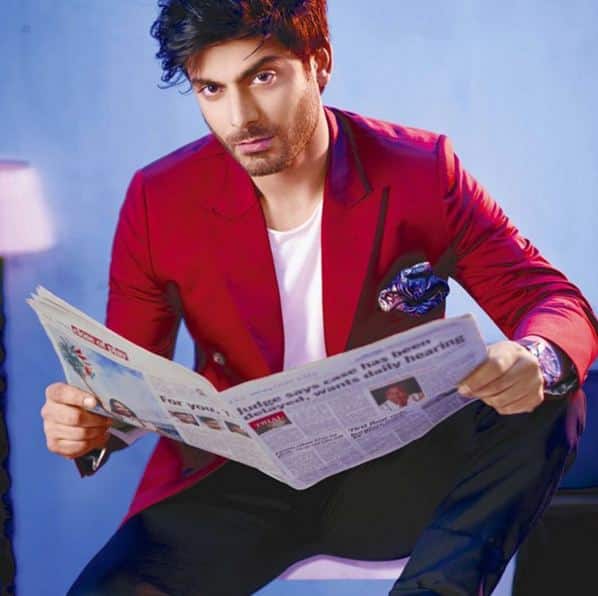 Oh those eyes! No matter how hard I try to look away, I simply cannot stop looking straight into them! 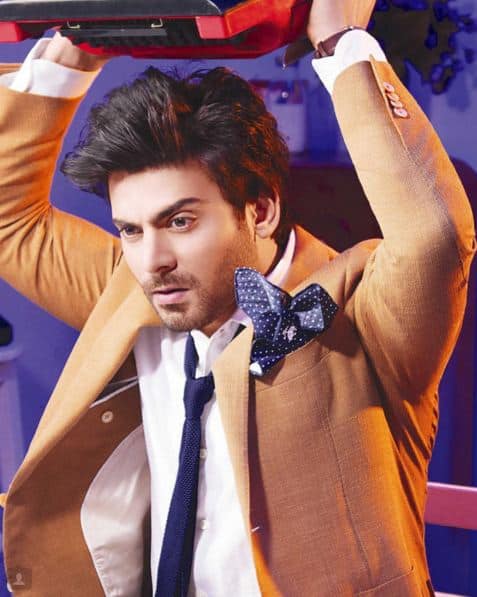 Normally I'd quip about the fact that a guy is wearing a fancy suit and drinking milk with a seductive gaze but not you, Fawad. You're too hot for that! 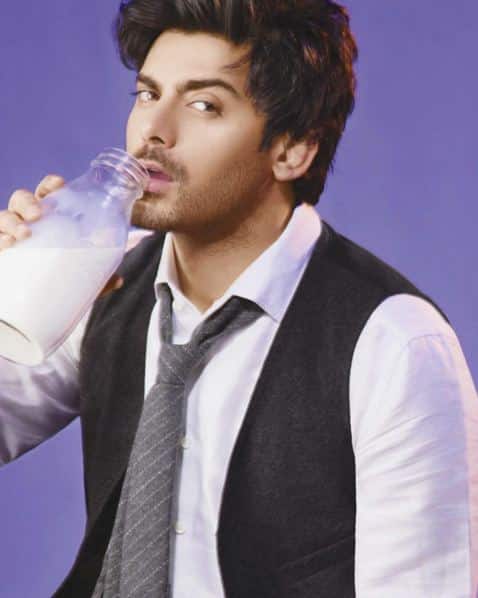 Did you also swoon over these Fawad Khan pictures like I did? Are you excited to see him in Kapoor and Sons romance Alia? Tell us in the comments section below!