Nora Fatehi performed at the FIFA World Cup 2022 and her dance video went viral on the social media. In the video, a background dancer was seen behaving strangely with Nora. 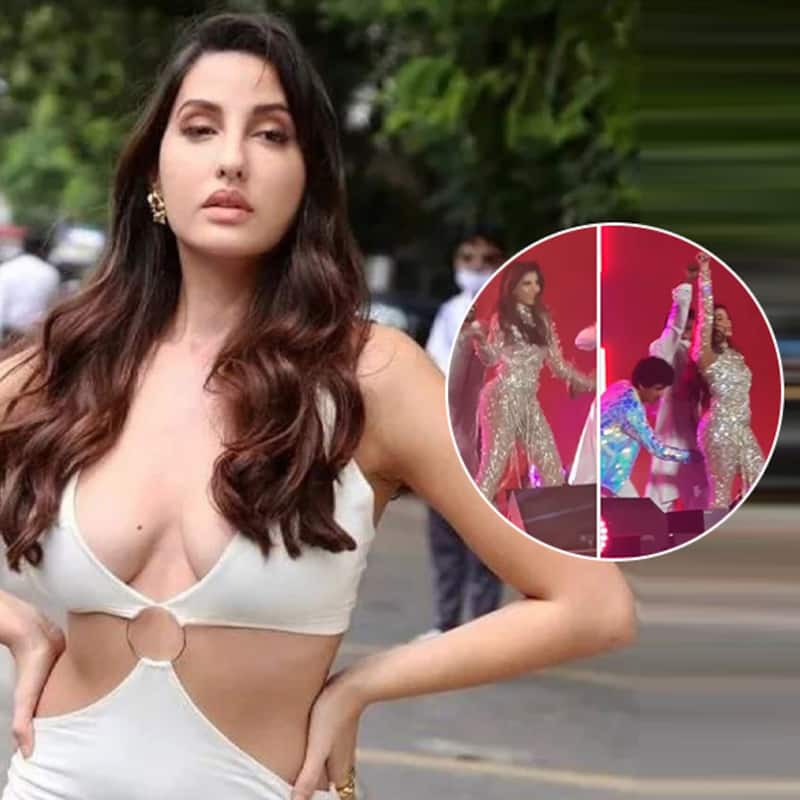 Nora manages to turn heads in style with her fashion and her groovy dance moves. She danced to her song 'Saki Saki' and the video is all over the internet. In the video, a background dancer was seen behaving strangely with Nora and the same got captured in the camera lenses. People lost their calm after seeing the background dancer misbehavi with the actress. Also Read - From proposing Arbaaz Khan to jibe at Nora Fatehi: 7 times Malaika Arora made badass revelation about her personal life

Nora Fatehi set the stage on fire with her electrifying dance performance and her fan clubs have shared various Instagram stories wherein they can be seen cheering for the diva. She donned a shimmery outfit for the performance and upped her fashion game and how! Nora was seen enjoying the match between Portugal and Brazil at the FIFA World Cup 2022. She was even got shocked to see her song Light The Sky got played in the stadium and she also grooved to it. Nora also shared glimpses from the concert on her Instagram stories. Also Read - Katrina Kaif, Sunny Leone, Nora Fatehi and more Bollywood divas who have improved their Hindi over the years

Nora earlier featured in the official Qatar World Cup anthem which premiered on October 7. She will also be performing live at the FIFA World Cup.