Earlier, Janhvi Kapoor had posted a '#prayingfornyc' post when Khushi Kapoor left for NYC. In an interview, she had also revealed, "She (Khushi Kapoor) is going to NYFA. Then after she comes back, she will figure what she wants to do. I'm getting palpitations just thinking about Khushi going." Well, the sisters are now reunited and having a blast!

Janhvi Kapoor is 'finally' her happiest self again. After all, she has reunited with her sister/BFF Khushi Kapoor in NYC. Not just her, even dad Boney Kapoor took off time to be his beautiful daughter who he hadn't seen together after Khusi left for America to pursue higher studies. Of course, the trio had flown down earlier to unveil late Sridevi's wax statue but it was an emotional time and hardly a vacation. Which brings us to now; the Kapoors are presently spending much-deserved quality time in the Big Apple.

Janhvi Kapoor, Khushi Kapoor get emotional as they unveil the wax statue of Sridevi with papa Boney Kapoor in Singapore

In fact, Janhvi Kapoor took to Instagram to share pictures with papa Boney Kapoor and sister Khushi Kapoor and seriously, her smile says it all. Check out her post here. Also Read - Khushi Kapoor rocks in a bikini top, flared skirt and pink pajamas; BFF Aliyah Kashyap wants to know if she's 'single' 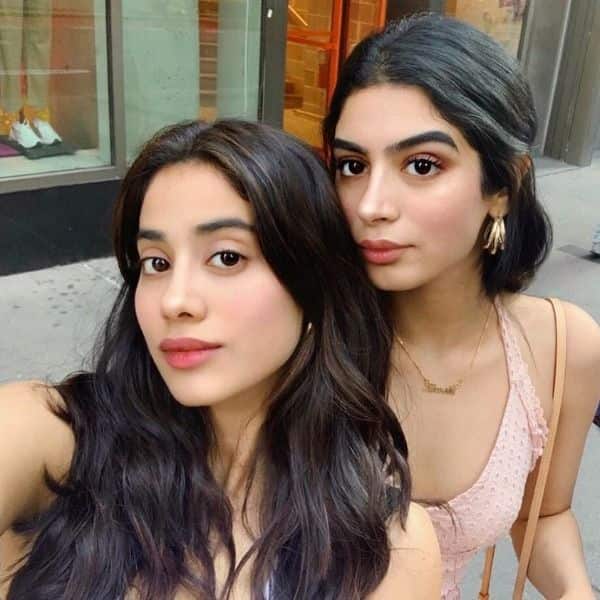 Earlier, Janhvi had posted a '#prayingfornyc' post when the little sister was about to leave. In an interview, she had also revealed, "She (Khushi Kapoor) is going to NYFA. Then after she comes back, she will figure what she wants to do. I’m getting palpitations just thinking about Khushi going to... He (Boney Kapoor) just has to think about it and he’ll start crying."

Fur is faux but our love isn’t ? #prayingfornyc

Well, certainly the father-daughters are having a gala time. On the work front, Janhvi has a lot of exciting projects she is working on. The actress will next be seen in Gunjan Saxena: The Kargil Girl. The film is based on, Gunjan Saxena, Indian Air Force’s first female combat pilot who actively took part in the Kargil War in 1999. She also has RoohiAfza with Rajkummar Rao and Dostana 2 with Kartik Aaryan. Stay tuned to BL for more updates and scoops!