Finally! Riteish admits he will marry Genelia in 2012 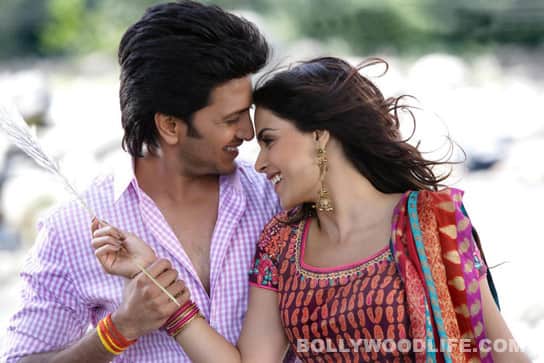 We can now heave a sigh of relief as the Tere Naal Love Ho Gaya actor finally proclaims his love for his co-star, Genelia D’Souza

We hope it is not another PR stunt from Riteish Deshmukh to promote his forthcoming film but we heard that he has come clean about his love for Genelia D'Souza. Theirs has been one of the most widely speculated stories of Bollywood and it has taken about eight years for the couple to formally announce it to the world. Riteish has reportedly said that they will wed sometime next year, but the date has not been fixed yet. As Riteish has gone on record about this development, this is not likely to be a PR move but what raises our suspicion is the fact that neither he nor his ladylove has posted anything about this on their accounts on the microblogging site Twitter, as is the trend of the day. Their fans, though not half surprised at the development, have flooded the internet with good wishes for them but both have been incommunicado. While Rits had last tweeted about his film Kya Super Kool Hai Hum, Gene babe had posted a congratulatory message for the Bachchan family. Till the Force actor confirms this news, we will hold on to our horses, but we do think that they make for a cute couple. Don't you? Also Read - Happy birthday Suriya: 4 Hindi remakes of the Singam superstar that prove his movies are a lucky charm for Bollywood filmmakers