Find out who is playing the younger Salman Khan in Sultan!

Salman is set to play a 30-year old wrestler in his next, but someone else will be playing the younger version of the star in the film!

We have a scoop on who is playing the younger version of the Superstar in the film and you will be surprised...

If you remember, BollywoodLife had revealed to you first that actor Amit Sadh is playing a pivotal role in Sultan and now we know what what his role in the film is. It is learnt that Amit, who shot to fame with Kai Po Che, will play a younger Sultan in the film. Directed by Ali Abbas Zafar, the film is about a Pahalwan, a three time State champion from Haryana for whom wrestling is more than just a sport. As Sultan Ali Khan, Salman not only has to be brawny, he also has to look rugged which he has developed over the past few months. Also Read - From Aamir Khan to Amit Sadh, 5 Bollywood celebs who have QUIT social media

A source reveals, “While Salman would be seen playing the 30-plus Sultan, it was felt by the producers that Amit would be a suitable candidate to play the younger avatar of the wrestler. Physically, he is very similar to Salman. Also they have similar facial features — big eyes and broad face — so it is actually quite a smart casting choice.” Also Read - Sunny Deol, Akshay Kumar, Amit Sadh: 5 actors who aced the Army Officer look on screen — view pics

Earlier it was also being said Sanjay Dutt or Sylvester Stallone would also be a part of the film as Salman's wrestling coach, however Salman's Kick co-star Randeep Hooda has been roped in to play that part. Parineeti also confirmed that she is not a part of Sultan and hence the search for the leading ladies continue. Also Read - Amit Sadh goes the Salman Khan way; reveals why he quit social media and his message for Bollywood stars during Covid-19 crisis

Do you feel that Salman Khan and Amit Sadh share a resemblance? Tell us in the comments section below! 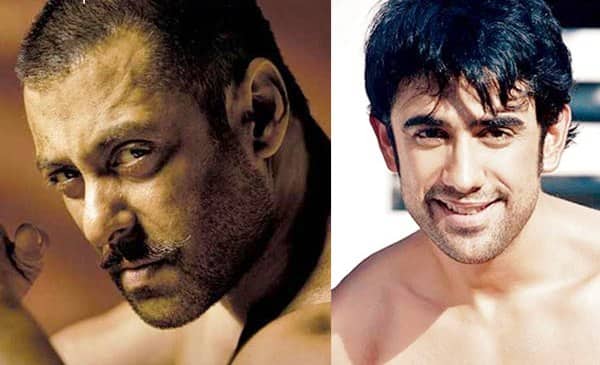