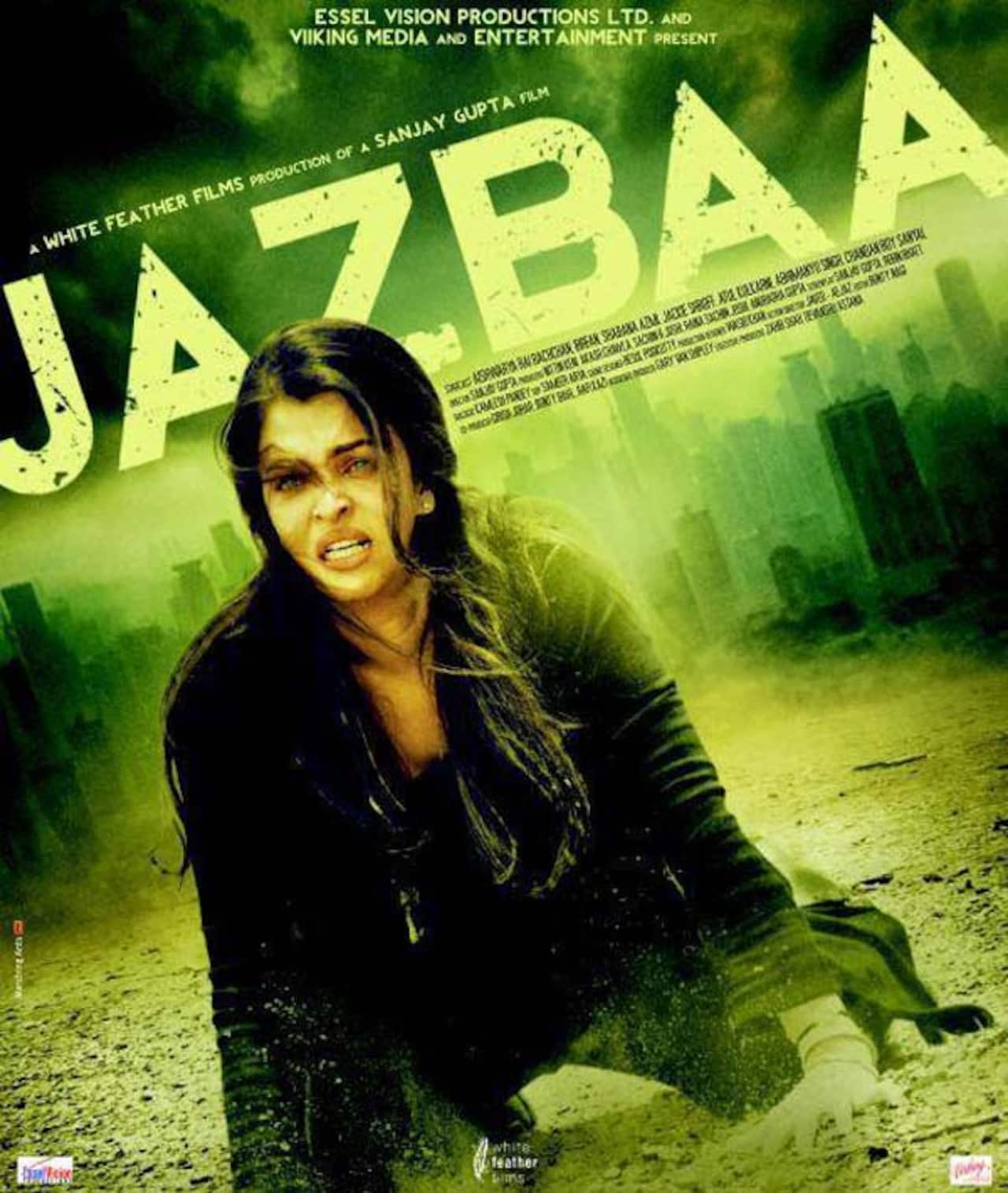 The first poster of Ash's comeback film is so not happening...

So finally the much talked about comeback of perhaps the most talked about Bachchan bahu ever is ready with its first image. The first poster of Aishwarya Rai Bachchan's Jazbaa has been released and it leaves us highly unimpressed. There is nothing that this poster reveals about the film. Also Read - Bigg Boss 16 star Abdu Rozik, Neha Sharma, Farhan Akhtar and more Bollywood celebs AWKWARD pictures will make you go ROFL

Sanjay Gupta shared the poster on Twitter which has the director preferred greenish tinge that became popular after Kaante. The poster keeps the grunge look along with the tinge from Kaante and just replaces the characters from the thriller with the protagonist of Jazbaa, Aishwarya Rai Bachchan. The cityscape behind doesn't evoke any feeling either. Also Read - Kangana Ranaut calls film industry crass and crude: Times she targetted Bollywood A-listers

Even Aishwarya's distraught face isn't anything original either. We have seen her wear this look perpetually in Raavan. As far as we know, first posters of films are a sneak peek into the story without giving out much. Well, this poster gives out nothing. Also Read - After Ranbir Kapoor and Alia Bhatt; This Bollywood couple is expecting their first baby?

We are highly disappointed with the poster which just looks like a do-over!