Yes! And you better not miss it!

The first look of Katrina Kaif, Aditya Roy Kapur and Tabu starrer, Fitoor is finally out and boy is it intriguing! While the film faced several delays during its making, the first look of the film sure puts our anxious souls at work. Good job there Abhishek Kapoor! Initially the film had issues where veteran actress Rekha walked out but that issue soon got resolved when the director took Tabu on board to play the role of Miss Havisham. But the problems didn't end there! The next issue erupted when the director wasn't happy with the love making scene of Katrina and Aditya which had to be reshot. That again seemed to have had a domino effect as Katrina was miffed. But Abhishek resorted that hassle too. And finally with all the hassles out of the way, Fitoor is finally ready to enthral us! Also Read - Remembering Sushant Singh Rajput: Best of SSR films to watch ahead of his first death anniversary

The film is an adaptation of classic writer Charles Dickens' novel, Great Expectations. Well, honestly, with the look of the poster, I sure have great expectations from the film! The poster holds a mystery and I cannot wait to watch the trailer that is set to release on 4th January! With Katrina donning her red hair, the hue literally stands out in the white background, don't you think? Also, her standing on the edge of the port also shows a tale that needs to be told. Oh and here's another picture of Aditya Roy Kapur from the film that'll make you go weak in the knees! Doesn't he look totally HAWT? Also Read - Rekha, Aishwarya Rai, Smriti Irani – 7 actors who dropped out of movies before Kartik Aaryan for contentious reasons 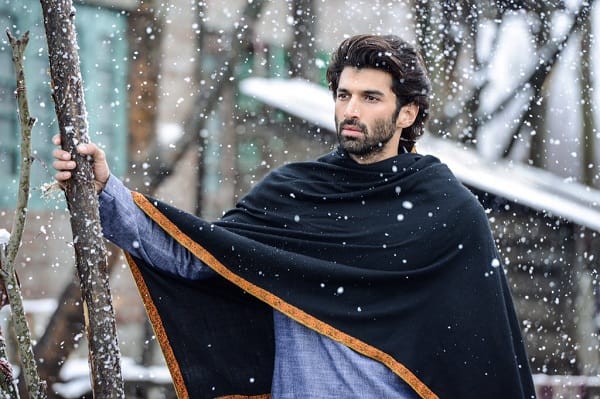 Also Read - Anek: Ayushmann Khurrana heads to Delhi to wrap up the final schedule of the Anubhav Sinha film — deets inside

We are literally dying of anticipation to watch the trailer that is slated to release next week! And also the fresh new couple Aditya and Katrina onscreen! Well, how does it feel to have two good news out? Tell us how excited you are to watch the trailer of the film and how you liked the poster in the comments section below!