Flatliners is scheduled to release in September. 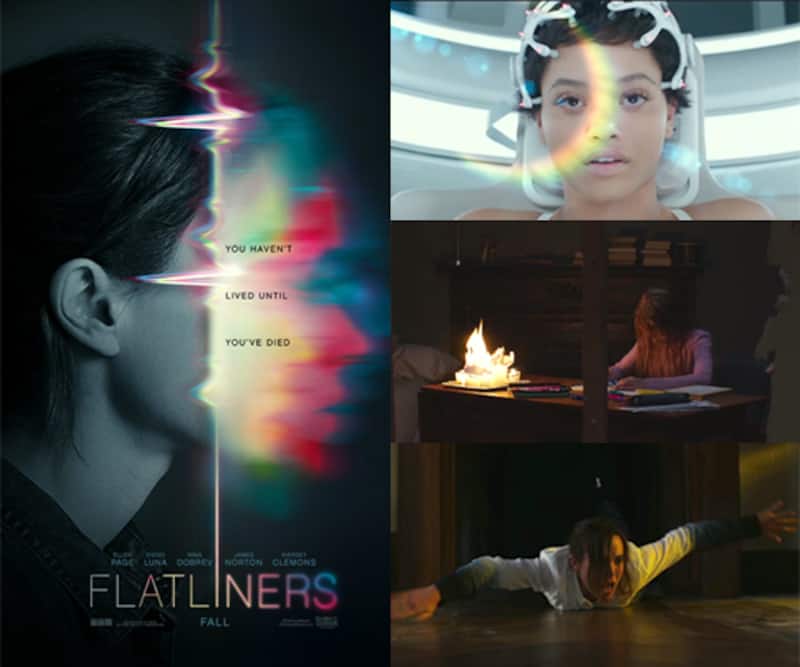 Flatliners was one of the underrated horror thrillers of the '90s that had a really eclectic cast and an interesting premise. The movie starred Kiefer Sutherland (24), Julia Roberts (Pretty Woman), Kevin Bacon (Hollow Man), William Baldwin (The Usual Suspects) and Oliver Platt (2012). The story was about how five medical students who try to find out what lies in the life beyond death by allowing their bodies to undergo near-death experiments, and how the idea turns out to be a really disastrous experience for every one of them. Now the movie is being rebooted with a new cast, headlined by Ellen Page (X-Men: The Last Stand), Diego Luna (Rogue One: A Star Wars Story), Nina Dobrev (Vampire Diaries), James Norton (Happy Valley) and Kiersey Clemons (Neighbors 2: Sorority Rising). However Kiefer Sutherland will be reprising his role of Dr. Nelson Wright from the earlier movie, indicating that it could be a continuation from the '90s film a la Jurassic World. Also Read - Will Smith on a spiritual trip to India, here's a look at Hollywood actors who visited temples [View Pics]

We have the trailer of the new Flatliners movie, and it looks really intriguing. Borrowing the plot from the earlier one, the trailer shows how a bunch of brilliant medical students meddle with their lives and science to be a part of an experiment where they allow their hearts to be stopped for a few seconds, so that they can experience, before they are revived again. On their 'return' to life, they find they have gained new abilities like Ellen Page's character can suddenly play piano, encouraging them to continue to meddle with their brains. But soon they realise that such blatant disregard for life laws can have terrible sequences, as everyone involved began to experience terrifying hallucinations, and scary experiences. Also Read - Trending Hollywood News Today: Lee Yoo Bi dismisses rumours of dating BTS' Jungkook; Julia Roberts' swimsuit pics go viral and more

Watch the trailer here... Also Read - From Meenakshi Sundareshwar to The Electrical Life of Louis Wain: 5 new films and shows releasing this Friday to watch on Netflix, SonyLIV, Amazon Prime Video and more

Flatliners is scheduled to release in September. Tell us how you found the trailer!