Flight new poster: Here's when the trailer of Mohit Chaddha, Shibani Bedi's mid-air rescue mission film will be out

While the Flight teaser starring Mohit Chaddha might have raised the excitement levels of the fans, they will now be treated with a full-blown trailer of the upcoming spine-chilling action thriller. 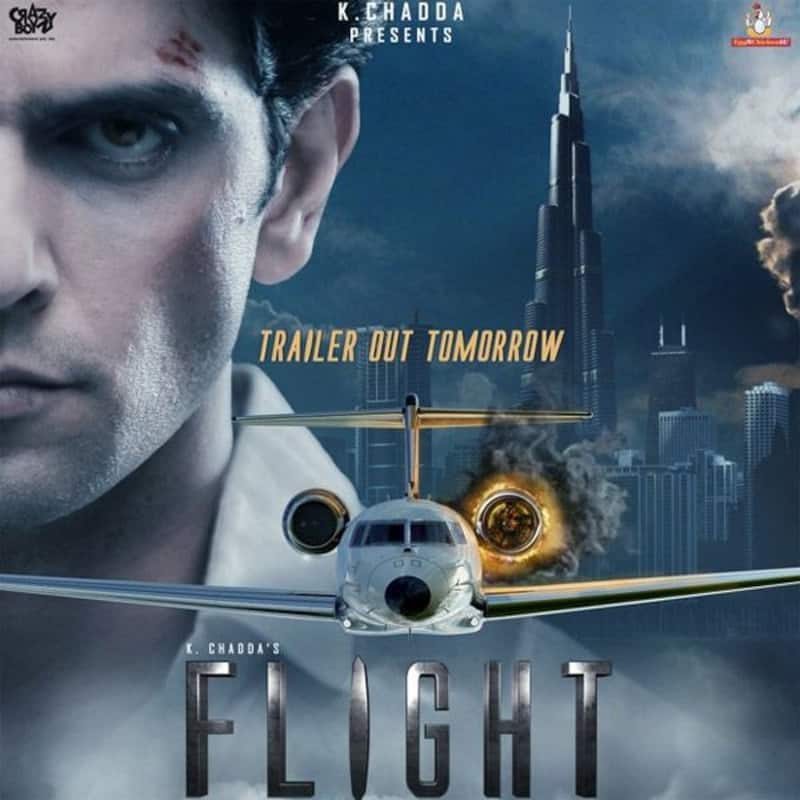 Actor Mohit Chaddha is all geared up for the release of his upcoming film Flight which is being touted as Bollywood's first-of-its-kind mid-air rescue mission. The makers recently teased moviegoers with the film's motion poster which showed Mohit involved in a daredevil situation inside an airplane. And while the teaser might have raised the excitement levels of the fans, they will now be treated with a full-blown trailer of the upcoming spine-chilling action thriller. Also Read - Flight: Mohit Chadda and Pavan Malhotra starrer now streaming on BookMyShow, here's how you can watch the nail-biting action thriller

Taking to Instagram, the makers of Flight have shared a new poster of the film featuring Mohit to announce the release date of the film's trailer. "How far can one go to survive? Watch the ultimate #FightToSurvive," read the caption of the post. Also Read - #BLBestOf: Dino Morea, Soham Shah, Amit Sial and more – vote for the Best Supporting Actor in a Web Series in the first half of 2021

A Crazy Boyz Entertainment production has bankrolled the film under its banner. The movie follows the journey of Ranveer Malhotra, who against all the odds, has to face deadly obstacles on a plane in order to survive. Presented by K. Chadda and directed by Suraj Joshi, the spine-chilling action thriller is scheduled to release on March 19, 2021. Also Read - Trending OTT News Today: Ananya Panday says she has the good qualities of Money Heist character Tokyo, Kota Factory 2 promo out and more

Having joined hands with Reliance Entertainment to distribute the film, UFO Moviez shares, “It’s been our absolute privilege to collaborate with the entire team of ‘Flight’ for the release of the film. Cinema has been one of the most impactful media to entertain the audience after a stressful past-year. We always come forward to support movies that will help the audience unwind from their demanding work-life. We hope this movie brings the audiences’ from all over the country back to theatres and entertains them thoroughly.”