Usually it's Ranveer who is vocal about his love for Dippy. But for once, she has taken the step and we are glad. Major PDA coming your way!

Have you heard of the phrase, 'once bitten, twice shy?'

Tamasha co-stars Deepika Padukone and Ranbir Kapoor are perfect examples of the same. As we all know, RK and Dippy were much in love and were dating for nearly two years. But they soon called it quits and RK found his soul mate in current girlfriend Katrina Kaif. Leela Deepika on the other hand found her Ram Ranveer Singh, after working with him in Sanjay Leela Bhansali's Ram-Leela. The two have been going steady since a while and will even be seen as Bajirao-Mastani in SLB's much awaited film of the same name. Also Read - From Deepika Padukone to Aishwarya Rai Bachchan: THESE Bollywood beauties refused to share screen space with Salman Khan – here's why

Dippy went public during her relationship with RK and the latter too was in the same space. But since then, RK and Dippy have been extremely cautious regarding their relationships and have refrained from being open about them. For a long time, RK stayed mum about dating Kat and has now finally come around. He has spoken about marriage, settling down and even hinted that he's in love. Dippy on the other hand still hasn't declared that she is with Ranveer, although it's pretty evident. Her beau Ranveer is pretty vocal about their relationship and has often told all, how smitten he is with her and her beauty. Also Read - From Kareena Kapoor Khan to Deepika Padukone: Interesting and unknown facts about 8 Bollywood actresses that will leave you zapped

Dippy however has been guarded but yesterday, we saw her letting her hair down. For once, it was Dippy who was showing some love to Ranveer! Dippy and Ranbir hosted a success party for Tamasha's success and it was but natural that Ranveer was invited. To our surprise, Dippy held him close and indulged in some PDA. Check out these pictures! Also Read - Filmy Friday: When Shahid Kapoor confessed to feeling threatened by Ranveer Singh and Deepika Padukone 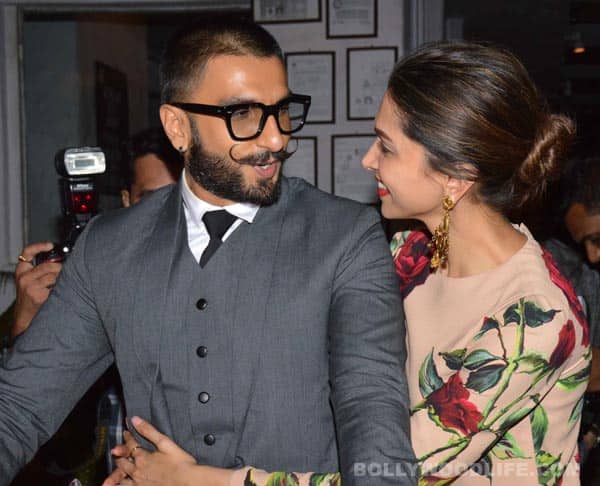 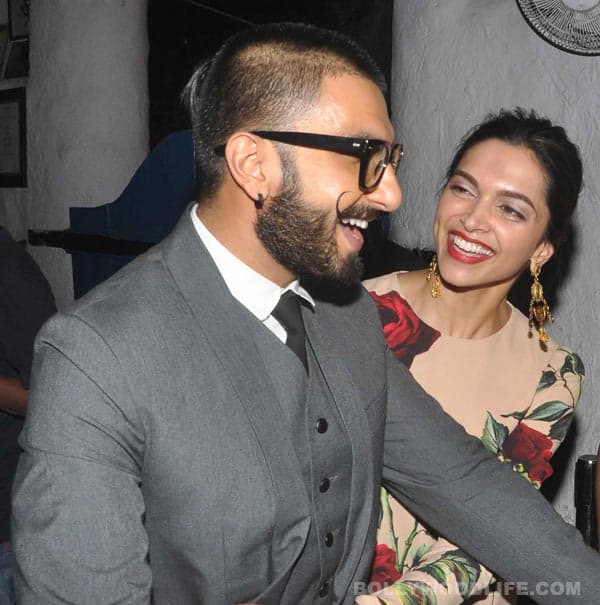 So cute right? We are lovin' it! Apart from Ranveer, Imtiaz Ali's close friend Alia Bhatt too attended the Tamasha success bash, looking adorable in a blue dress she teamed with cream sandals. Lady of the hour Deepika on the other hand looked chic in a Dolce and Gabbana dress and her co-star Ranbir showed up in a striped, all black suit.

Check out the rest of the pics in the gallery above and tell us what you think of Ranveer and Dippy's PDA!