We know it isn't much...but Bollywood has to do with what they have!!!

As everyone know (and probably will already be scampering for the tickets as well), this week's big release is Batman v Superman: Dawn of Justice! For the first time in the history of cinema, two of the biggest superheroes of all time will be clashing with each other! Also Read - IPL 2022 Finale: Not Salman Khan, Akshay Kumar or Hrithik Roshan but this next-gen Bollywood star to perform at closing ceremony [Deets Inside]

Superman may not have such a high profile success like Batman in the world of movies, but he definitely rules when it comes to the comics lore! The son from another planet will fight with the World's Greatest Detective, as Gal Gadot joins them as Wonder Woman. Then of course, there will be a cameo by Aquaman (Jason Momoa), and probably by Flash and Cyborg as well. Also Read - Amitabh Bachchan, Akshay Kumar and more – meet the highest tax payers of Bollywood

So who do you think will win this clash? Pick up your choices, and wait till Friday to find out if your choice won! Also Read - Shah Rukh Khan and his ridiculously expensive possessions – Diamond-studded Mannat nameplate, Rs 172 cr villa in London and more

...and this also brings us to Bollywood and our lack of superheroes! When it comes to desi superheroes, the first name that comes to our mind is the loveable and quite popular (yet a total Superman rip-off) Shaktimaan. In movies, we have Mr India, Drona, Krrish, and G.One (Not Ra.One...he is the villain). Out of these, discounting their box office collections, two of the more powerful ones are Krrish and G.One. What will happen when these superheroes are cast in a movie and made to clash?

Well, we can give you a pre-match analysis... 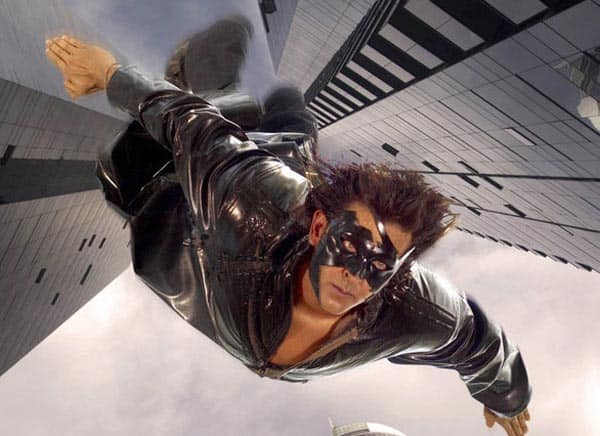 Strengths: Can jump to great heights, also learned to fly by the end of the last film, super-strength, and can swim at faster speeds!

Weaknesses: Can be easily subdued if you hold his family members at ransom, is also not very bright

Best scene: When he saved a plane full of passengers and made it land safely

Strengths: Is very strong and durable, can run as faster speeds and jump too, has ability of strong telekinesis

Weaknesses: Is a robot technically so lack real sense and emotions, also his entire power is surrounded around H.A.R.T. (Hertz Amplifying Resonance Transmitter)

Best Scene: When he saved a train from crashing badly.

So who are you rooting for if this clash does happen? Cast your vote and predict who will win...