Forget Great Grand Masti, these tweets trolling Baba Ramdev's mag cover are what will make you laugh this weekend! 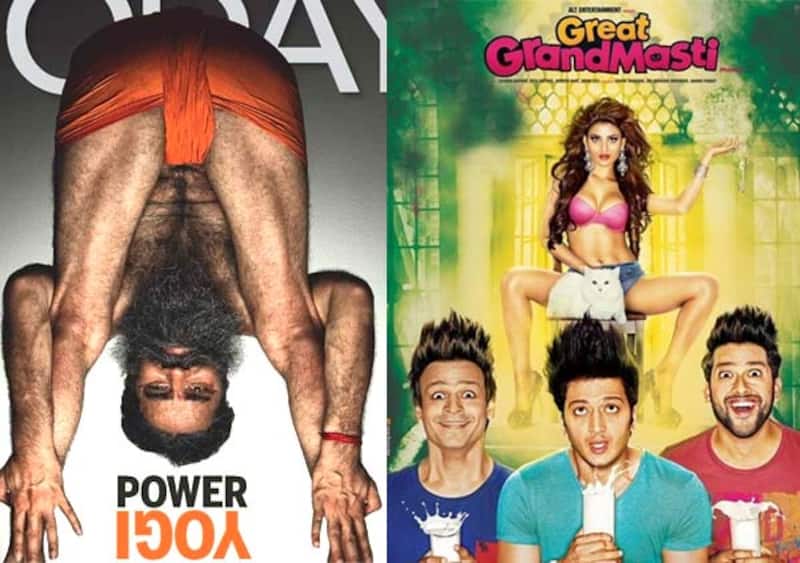 Proceed at your own risk!

Great Grand Masti released today in the name of comedy. The film features an ensemble cast of Riteish Deshmukh, Aftab Shivdasani, Vivek Oberoi, Urvashi Rautela and Shraddha Das. Our reviewer Sreeju Sudhakaran had this to say about the movie "Great Grand Masti is not a film. It is an embarrassment. It is a severe headache inducing exercise. Let’s hope that Indra Kumar finds better writers if he plans another one, or better, stop this assembly line production once and for all!". But fret not, if you are looking for a good laugh this weekend, Baba Ramdev's on a magazine cover is here for aide. Also Read - Urvashi Rautela adds glitter glam to her green bodycon gown but it’s her expressions that steal the show – view pics

Yoga guru and popular face of Patanjali brand, Baba Ramdev featured on a magazine cover. He chose a peek-a-boo-ish yoga pose, which, to put it lightly, didn't go down well with Twitteratis. Trolls started to do what earned them the name -trolling! Some of these tweets on the weird pose on the cover are so hilarious that it may keep you laughing for the day! Also Read - Urvashi Rautela is the HOTTEST Versace Baby, and here’s proof – view pics

Without further delay...here are the best of the best! Also Read - Urvashi Rautela’s new stills from Doob Gaye will steal your hearts – view pics

V for Vendetta : B For Baba Ramdev pic.twitter.com/EWafv7vZSN

One day, Baba Ramdev will tie himself in a knot which will be impossible to open.

Baba Ramdev showing how Pokemonasan helps us to find out the most popular pokemons around us. pic.twitter.com/e2cLpzSarX

When you are curious to know what people are talking about you behind your back pic.twitter.com/REKvfm7HlC