Check out these pictures of Salman Khan having a blast with Sunil Grover, Ali Asgar and team.

Unlike all the other times, Salman Khan decided to give The Kapil Sharma Show a miss this time. The Tubelight actor chose Sunil Grover and Ali Asgar over Kapil this time. After promoting Tubelight with Sohail Khan on Nach Baliye 8 and Sa Re Ga Ma Pa L'il Champs, we'll be seeing the actor in a two-hour special with Dr Mashoor Gulati and gang. Rumour has it that the actor found out all about Kapil's ugly fight with Sunil and since he is good friends with Ali, he decided to come up with a two-hour special with them. Now that's quite generous of Salman to do so. We got some pictures from the sets of the show which prove that Salman had an amazing time. Also Read - Trending Entertainment News Today: Sooryavanshi finally gets a theatrical release; Alia Bhatt trolled for being 'too short and skinny' and more

In fact, the actor had to wipe his tears after laughing so much in the show. Looks like teaming up with Sunil, Ali, Sugandha Mishra and everyone else who walked out from TKSS definitely worked out for everyone except him. Kapil is surely not going to be okay with this or find it funny for that matter. Though he managed to up the TRPs of the show and get it back in the top 5 shows list, as per BARC, we're very curious to find out if Super Night with Tubelight will be able to beat it or not. (ALSO READ: Salman Khan’s comment on war sparks outrage among politicos – read their comments) Also Read - Kapil Sharma Rs 5.3 crore cheating case: Dilip Chhabria's son Bonito Chhabria arrested

Check out these pictures from the sets of the show right here. Also Read - The Kapil Sharma Show: Krushna Abhishek takes a dig at Neha Kakkar for being a cry baby on reality shows – watch video 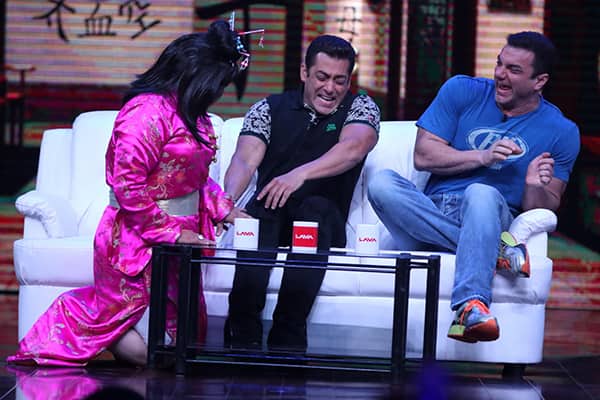 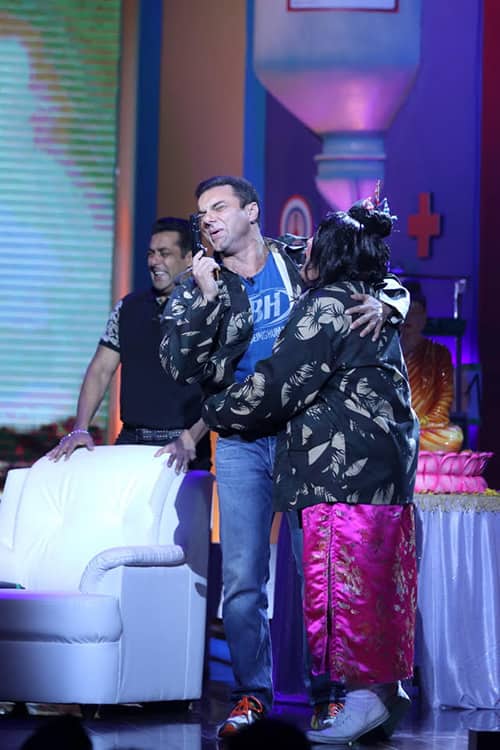 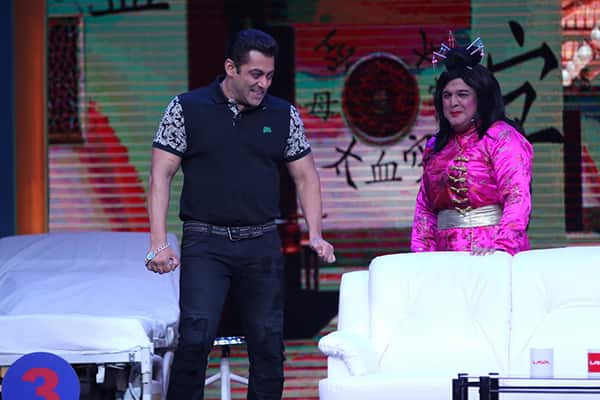 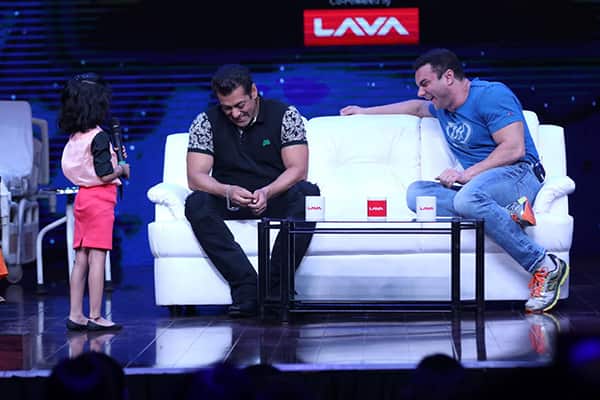 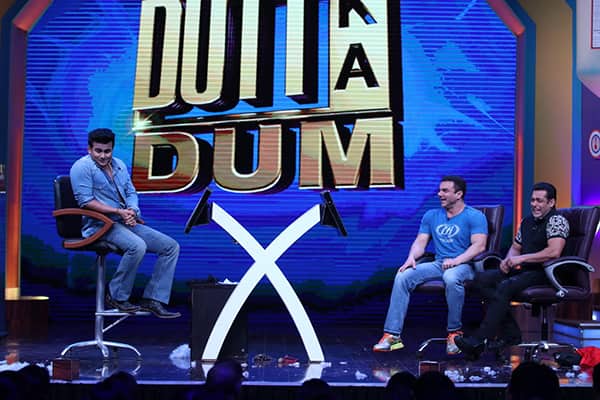 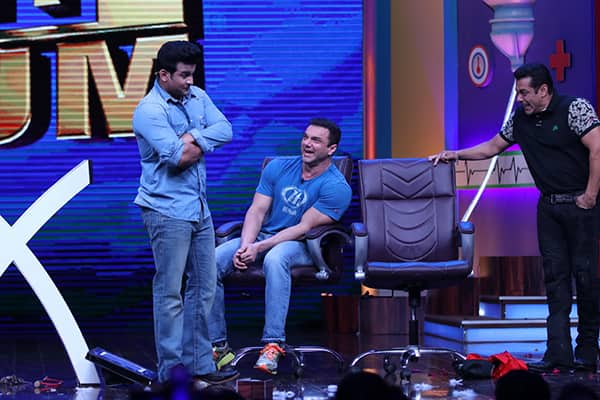 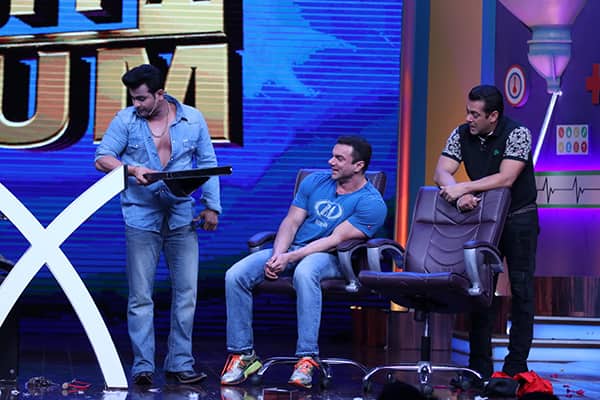 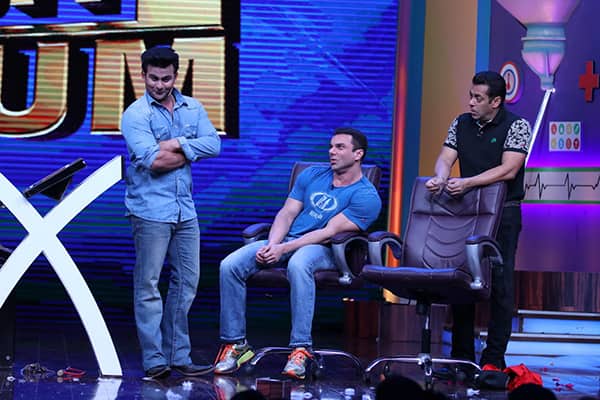 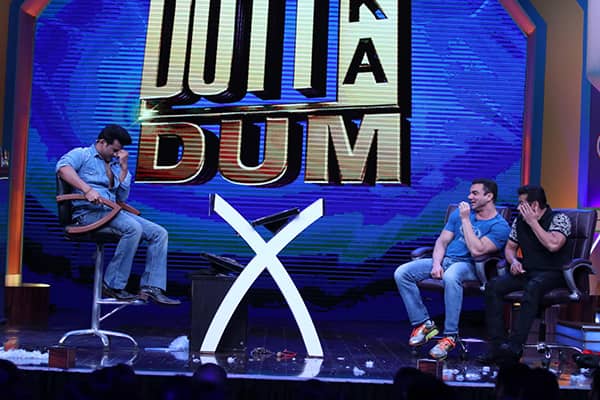 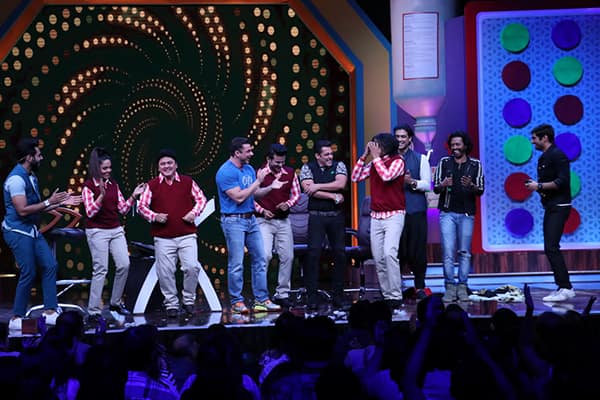 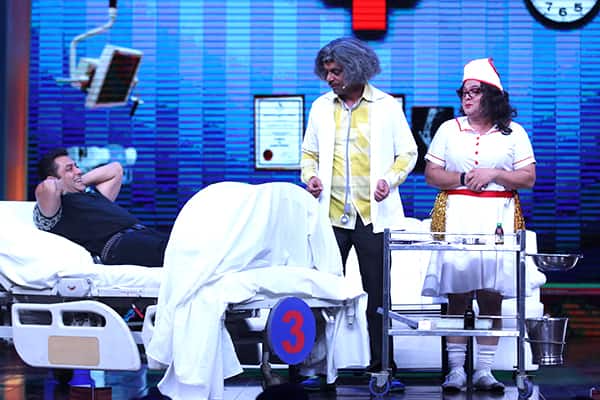 Well, it looks like one episode that you just can't miss. We all know how contagious Salman's laughter is and these pictures are making us eager for the upcoming episode. The show will air this weekend and looks like there will be a mock Dus Ka Dum, too, from these pictures. Tubelight is set to release on 23rd June 2017 and the cast is already busy promoting the show on the television platform. In fact, the actor was also spotted on the sets of Taarak Mehta Ka Ooltah Chashma to promote the film.

Coming back to Salman choosing Sunil over Kapil, what are your thoughts on it? Tell us in the comments below and stay hooked with us for more.