When BollywoodLife ranked all the MCU villains...

Black Panther's super villain, Erik Killmonger is currently one of the most favourite and most talked about villains on the internet. He actually managed to make Marvel Cinematic Universe fans forget all about Thanos and the Avengers Infinity War. But he is not the only MCU villain who has such a wide fan following. Hela in Thor: Ragnarok was so badass she would have bonded really well with Killmonger. We all already know that Thanos is one of the most powerful villains in MCU but we have hardly ever seen him in action as much as we want to. Thanos is one of the main reasons we are excited about Avengers Infinity War. Also Read - Hollywood News Weekly Rewind: BTS' Jungkook creates a new record, Britney Spears reveals she can't have kids and more

A lot of villains have left the kind of impact on us like Killmonger and Hela. You'd be surprised at who we think should be the number one villain in MCU. And we have our reasons, which we think are pretty valid. While some villains got us all excited and made us applaud their strengths, some were either plain stupid or didn't contribute much to the plot. And all you MCU fans are welcome to judge us or tell us how according to you, each of these villains should be ranked at. (ALSO READ: I watched Black Panther and came back disappointed - here's why) Also Read - Trending Hollywood News Today: BTS members' most expensive possessions, Thanos creator's shocking reaction to Avengers Infinity War, Katy Perry's pool dip with baby Daisy and more

We know what you guys are thinking right now but this guy did what no one could do. He wanted to avenge the Avengers and rip them apart. He did what no other villain could do. Okay, Loki did try to get all the avengers to fight with each other but Zemo did it better.

Erik Killmonger is one of the best villains hands down. Michael B Jordan became an instant favourite. Not only did you hate him but you also sympathised with him in the film and he was the craziest. 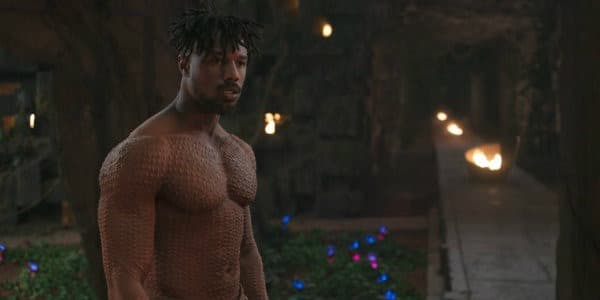 Not only was Hela the only woman who played a villain in MCU but she was BADASS! A part of us died when she destroyed Thor's Mjolnir but her vicious, evil ways impressed us. Cate Blanchett stole the show completely in Thor: Ragnarok. 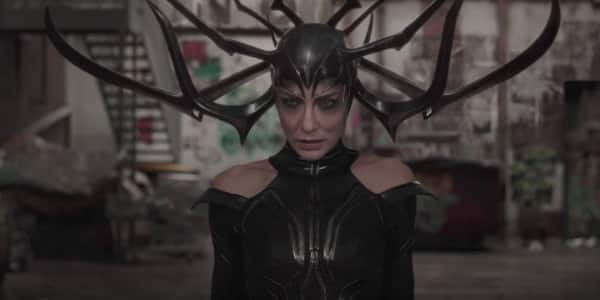 Oh, the God of Mischief! Loki is one of those villains you would fall in love with because of his constant failures to finish what he started. The best part about Loki is that you'd never know whose side he is on. In the Avengers Infinity War trailer, we see him give the tesseract to someone. Fans are guessing that he gives it to Thanos because we also see Thanos adding it to his gauntlet later. In Thor: Ragnarok, he won our hearts by being on Team Thor. 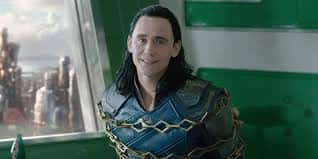 Vulture was one of the only villains who was a family man moonlighted as a villain and wears a mask to protect his identity. Vulture's backstory is also one of the reasons that we feel he should be in the top 5. 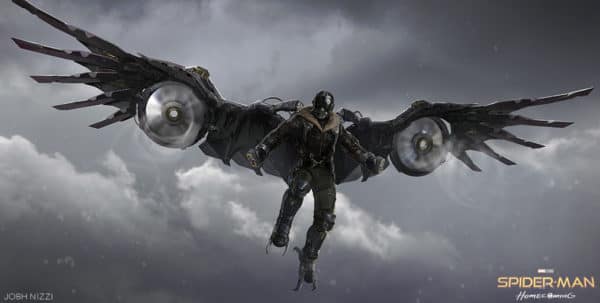 Ultron was one of the smartest villains who sort of had a foolproof plan which backfired. Even though he doesn't really have a personality that a character should have, he is our sixth favourite MCU villain. 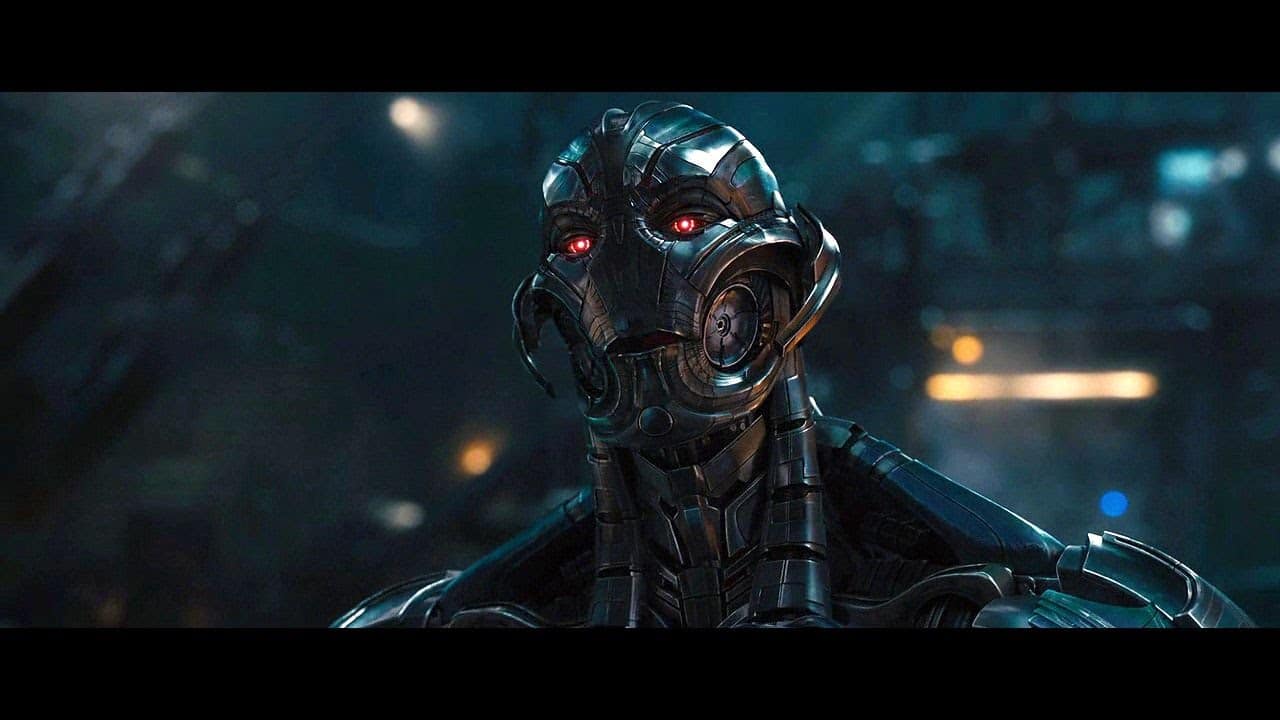 Yes, we know that he is one of the most powerful villains in MCU and he should be in the first place, but we haven't really seen him in action. So far we only know that he replaced Nebula piece by piece after she lost fights with her sister and that the entire universe is terrified of him. So Thanos takes up the seventh place. 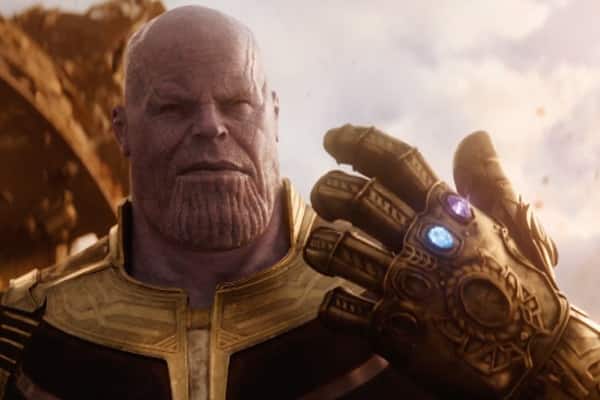 Many would argue that Dormamu should have been considered instead of Kaecilius but we never got to see Dormamu and he got defeated by Doctor Strange pretty easily. Kaecilius on the other hand put up a fight and won us over. 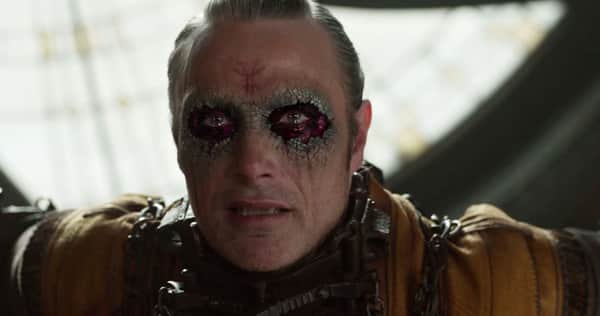 Whiplash was pretty much as intelligent as Tony Stark and let us not forget that he grew up in an unfavourable environment. Imagine if had he had the luxurious lifestyle that Tony Stark did, he might have been the most genius villain in the world. He was badass and extremely fearless! And we all can agree that his innovation of Whiplash for his suit was pretty dope! 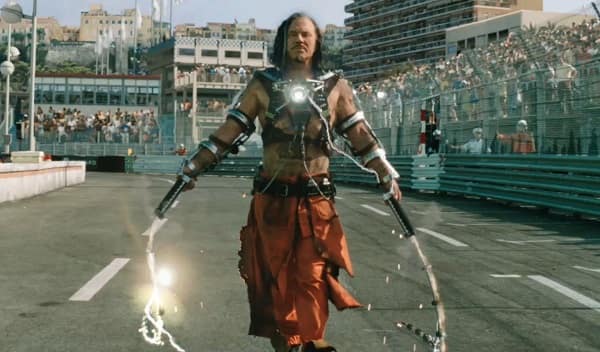 Ronan The Accuser, who died in Guardians Of The Galaxy Part 1 has to be in top 10. He was badass, traditional in a lot of ways, merciless and greedy, exactly what we see in most villains. 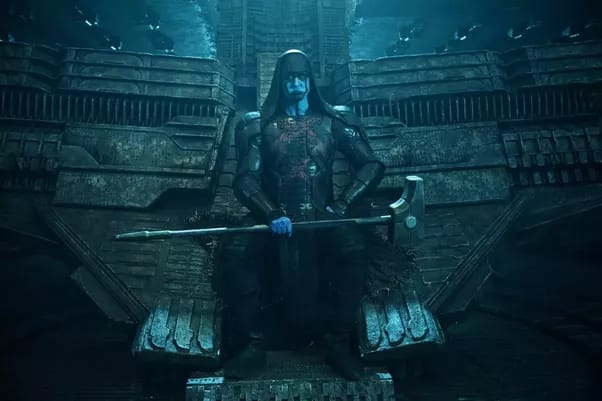 All the villains in MCU are vicious enough to use a child as a means to get to their target, but we saw Yellowjacket do it for the first time on screen. The guy had zero remorse for killing his colleagues and even lesser when he held AntMan's daughter hostage. What a baby!

Malekith's plan is simple. Introduce all the realms of darkness! And to be crushed by your own ship is a dumb way to die. And you have seen something similar to your masterplan fail in The Avengers (a huge beam of light towards the sky that opens a portal)! What makes you think it will work this time? 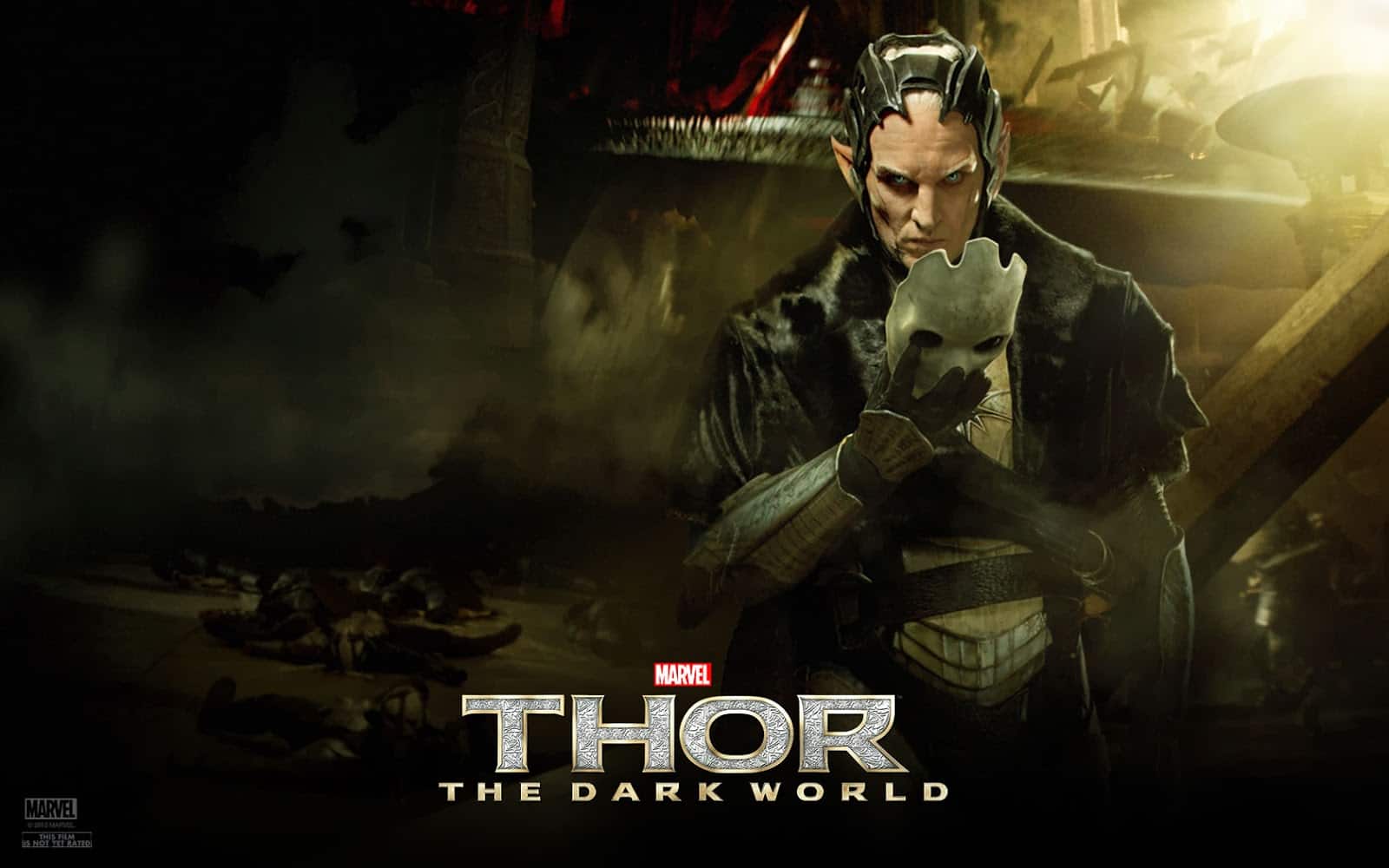 Winter Soldier had a great potential in him. He could have killed Captain America. But he can be manipulated by saying a bunch of words in a particular order. That is it! That is his Krypton - words (Sorry for the DC reference). 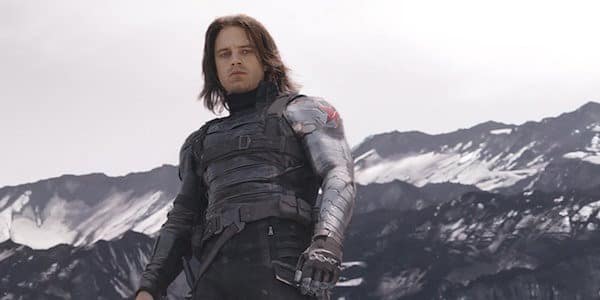 He was a manipulative, though sexy, SOB. To actually manage to kidnap the President of USA is also impressive, but... he literally creates his own demise by messing with Pepper Potts. How did he not see that coming? Ego was one of the strongest villains sure but we personally found the end rather funny and he didn't leave that big an impact on us.

Okay, Abomination was not even a little bit creative. It was basically Hulk fighting an evil version of himself and did not impress us as much. 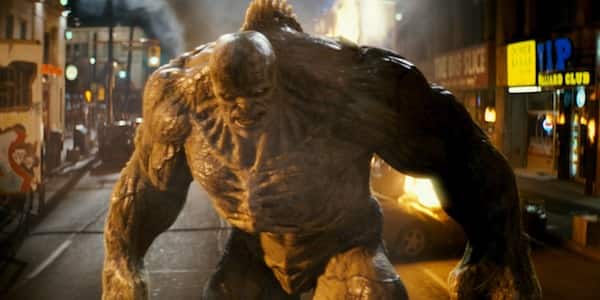 He was the most textbook villain obsessed with his intelligence. So much so that he transferred his consciousness to a machine? Who damns himself to a life of eternity? The plan did work though! And he reveals that SHIELD is HYDRA to the only two people he should not tell that to. That was a foolish mistake! 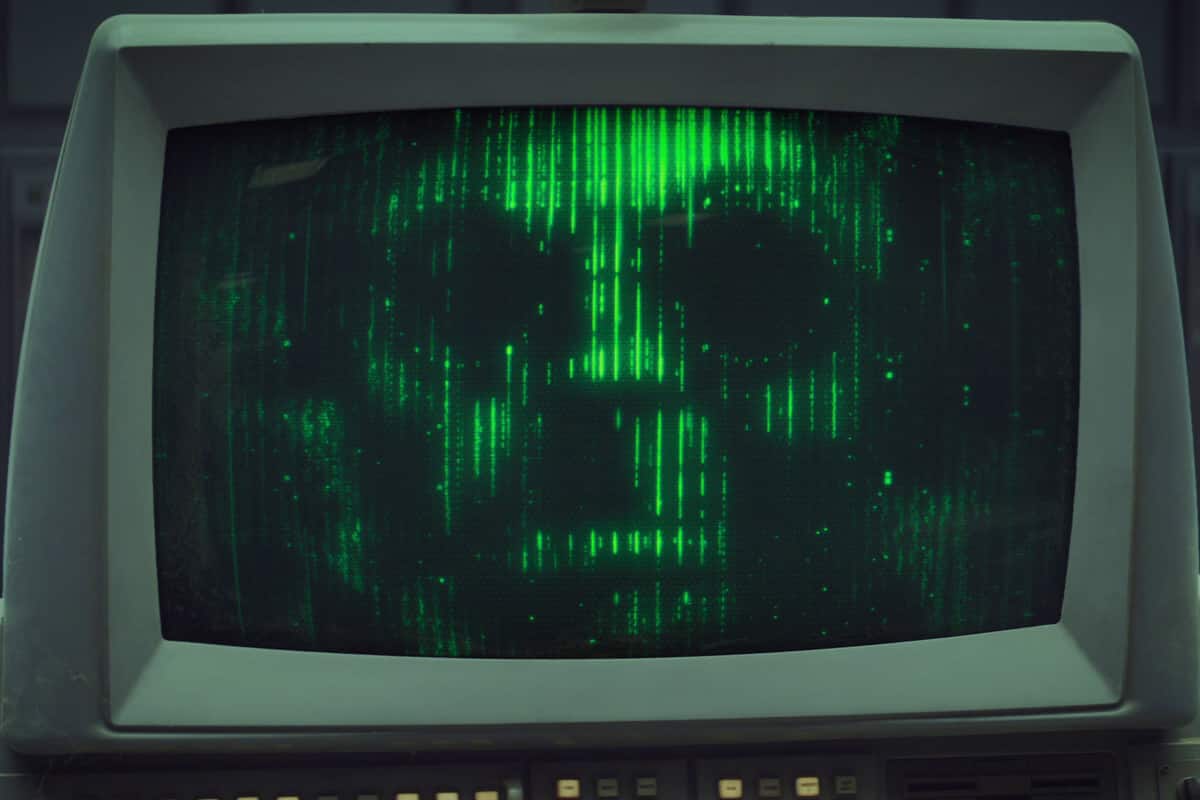 Do we really need to even make our point here? Such a fantastic villain has been wasted for a silly joke. We doubt if we can even call him a villain since he was only an actor pretending to be Mandarin. 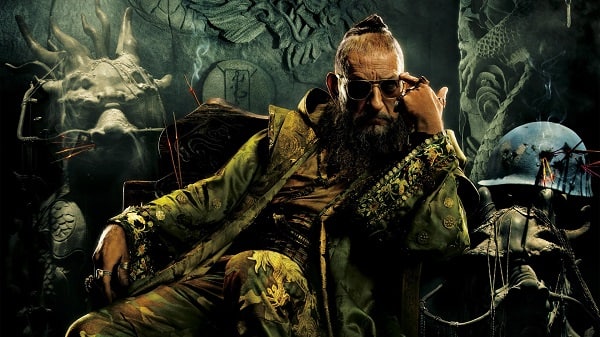 Iron Monger was hyper and acted without a proper plan in place! Really? He was not able to invent an arc reactor of his own, so he decided to steal Tony's. That is a stupid plan! His final battle with Iron Man was less tactical and more 'shoot wherever you feel like'. A waste! We saw so much potential in this character, but he is defeated so easily! Cross Bones survived an entire building collapsing on top of him in Winter Soldier and suicide was his master plan in Civil War. Just wow!

Red Skull was stupid and racist. We are okay with villains wanting to kill people but not when they want wipe them out based on their race.

Do you agree with our list? We would love to hear your inputs! Tell us in comments below or tweets to us at @bollywood_life.