Everyone will agree that very few can pull off bold styles like Sridevi. From the fuchsia and silver salwar kameez in Chandni to donning a plunging tangerine Alberta Ferrati gown for a red carpet event, Sridevi has given us sartorial highs to cherish for a lifetime. However, for '90s kids like us, she was the ultimate onscreen style diva. Whether it was the chiffon sarees or transparent raincoat, no other actress from that era has given us so many style statements. Others had their moments, but she was just plain consistent as a trend-setter. Also Read - Remember Salman Khan's Sanam Bewafa co-star Chandni? Here's what she's up to now

Chiffon sarees
Whether it was her sheer seductiveness in Kaate Nahi Kattey from Mr India in that blue saree or her grace in Tere Mere Hoothon Se, no one carried off a saree like Sridevi. Yellow can be a tricky colour but she managed to carry off all its shades from the cheery buttercup to strong mustard with equal panache. I remember a friend asking the shopkeeper of a chikan saree shop in Lucknow for a yellow chiffon, Chandni style. This happened in 2012, 23 years after the release of the film. My friend just wanted to channelise the Sridevi look with that saree, sleeveless blouse and pearls.

Manish Malhotra reacts on Sridevi's death and we completely agree with him; read tweet 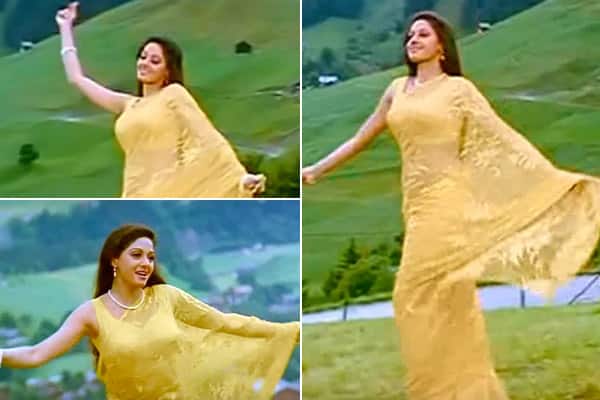 Also Read - Did you know not Rishi Kapoor but THIS Bollywood star was the first choice for Chandni?

Transparent raincoat
During school days, we were used to printed raincoats or monochrome ones. Somewhere in the mid '90s, there began the trend of transparent raincoats. Everyone wanted a sheer raincoat with their uniforms. The trendsetter obviously was Sridevi with her transparent raincoat in the classic song, Kissi Ke Haath Na Ayegi Yeh Ladki from Chaalbaaz. She danced like a dream and gave the craziest of expressions in that song. It breaks our hearts thinking that those beautiful doe eyes shut so soon. 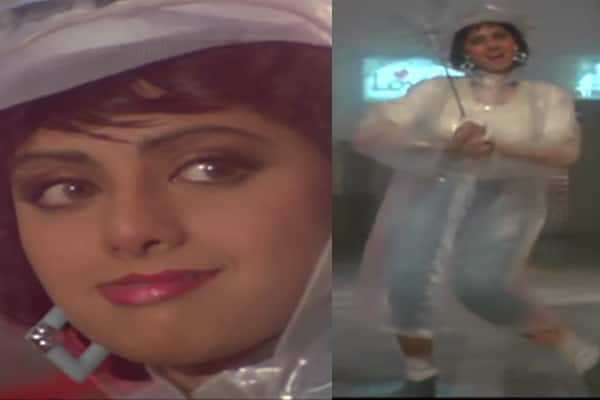 Capris and suspenders
Much before someone coined the term capri pants, Sridevi flaunted the style in films like Chaalbaaz, Chandni and Gurudev. Three fourth trousers with suspenders were one of her favourite looks. From South films to Bollywood, she flaunted the style on numerous occasions. 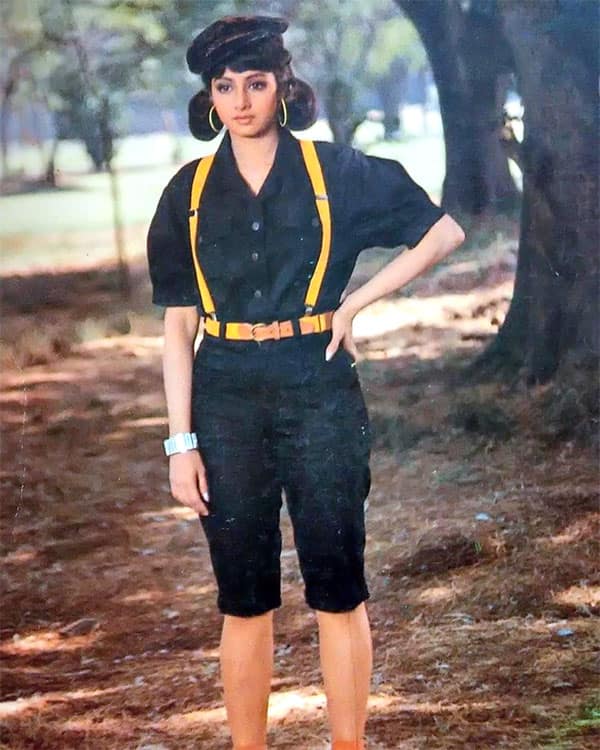 Golden dress
The glamorous gown from Mr India was the ultimate for a party or a fancy dress competition. We saw a remake version recently in Tumhari Sulu but we can never forget the original where Sridevi's eyes and face gave literally a thousand expressions. Team that with her nifty footwork and comic presence, we had stuff legends are made of. One of her bestest of the best. 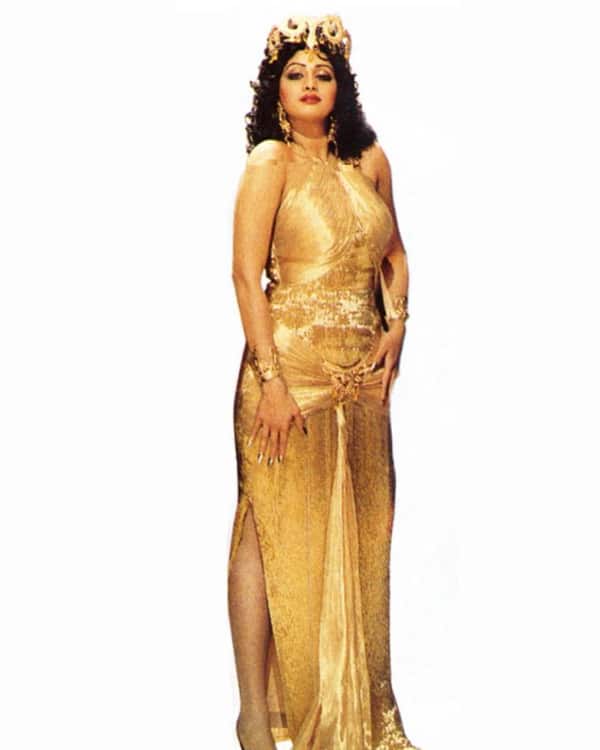 Amrapali costume
From Himmatwala to Chandni, Sridevi was a hit in the Amrapali costume. Yes, the outfit was originally worn by Vyjayanthimala in the film, Amrapali but people like us associate it with Sridevi. Who can forget her in Naino Main Sapna from Himmatwala. The actress earned the title of thunder thighs in this '80s period. 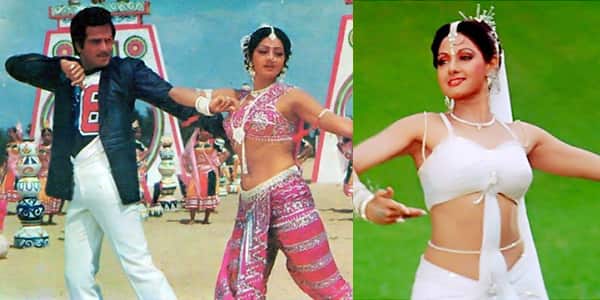 Cap queen
Sridevi loved caps and hats. From the golf cap to the newsboy style, a sailor cap and a Panama hat, she rocked every style. Again, she was a trendsetter here donning them much before our heroes began walking around in Fedora's. Sridevi sported hats/caps for most of her magazine shoots and song sequences. 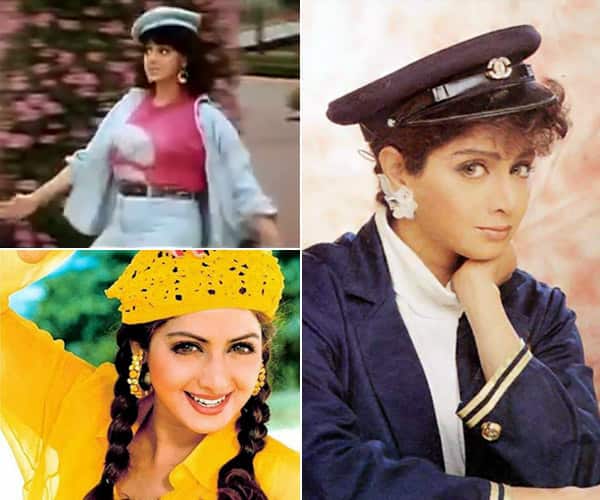 Sridevi, the first female superstar of our country will live in the hearts of fans like me as the actress with sublime grace and a thousand expressions. No one can match her range, comic timing or dancing skills. While the reportage on her death has been saddening and shocking, her legacy is far far brighter than such rubbish. The actress will be cremated today in Mumbai.