From Masti to No Entry, here are 8 adult comedies that you can binge watch!

Technically Masti was the first movie which introduced the Indian audience to sexual comedy in the first place. The story of three friends Meet, Prem and Amar, who are bored with their daily life and plan to have an extramarital affair. While doing so, they get involved in a murder case and become the prime suspect. With a popular cast like Vivek Oberoi, Aftab Shivdasani, Ritesh Deshmukh, Lara Dutta, Amrita Rao and Genelia D Souza this movie is worth the watch. In fact, here's a list of others that you can watch with your friends!

Whenever we hear the word adult-comedy, we go back to the old times when we used to watch it secretly without our parents knowing about it. It was great fun watching these movies no matter if we understood the plot or not. Thankfully in India, the audience for this genre is increasing and the filmmakers are in the process of experimenting on new topics. Not only movies, but also TV shows like Bhabi Ji Ghar Par Hain are quite enjoyed by a large number of audience.

As compared to the international standards, there is a long way to go. To look at the positive side, there are some movies that are worth binge-watching especially with your friends. 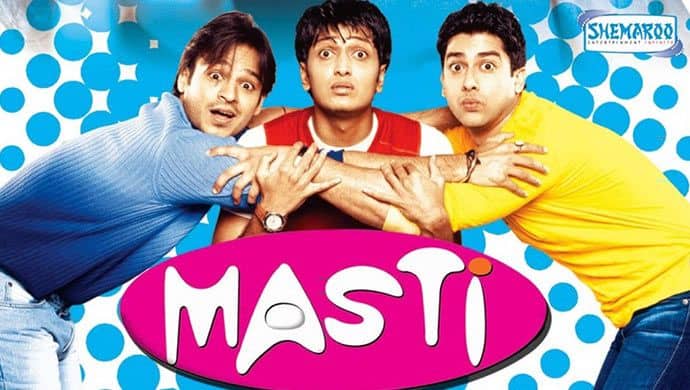 Technically Masti was the first movie which introduced the Indian audience to sexual comedy in the first place. The story of three friends Meet, Prem and Amar, who are bored with their daily life and plan to have an extramarital affair. While doing so, they get involved in a murder case and become the prime suspect. With a popular cast like Vivek Oberoi, Aftab Shivdasani, Ritesh Deshmukh, Lara Dutta, Amrita Rao and Genelia D’Souza this movie is worth the watch. 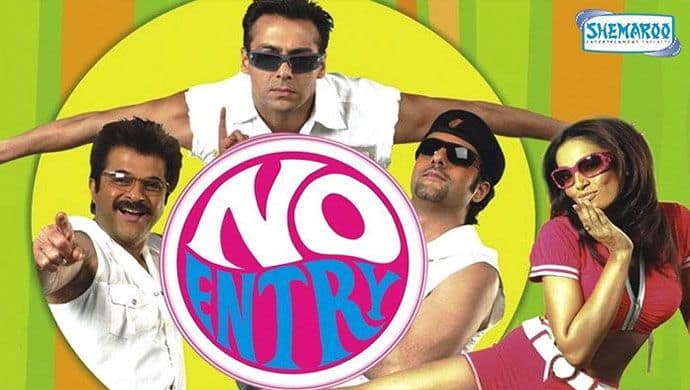 No Entry was the biggest hit of 2005 as it was based on a similar concept of an extramarital affair. But here the story was of a faithful husband, Kishen who loves his wife but due to her possessive nature, he decides to have an extramarital affair. But this decision of his ends up into big trouble. Watch this adult-comedy starring Salman Khan, Anil Kapoor and Bipasha Basu. 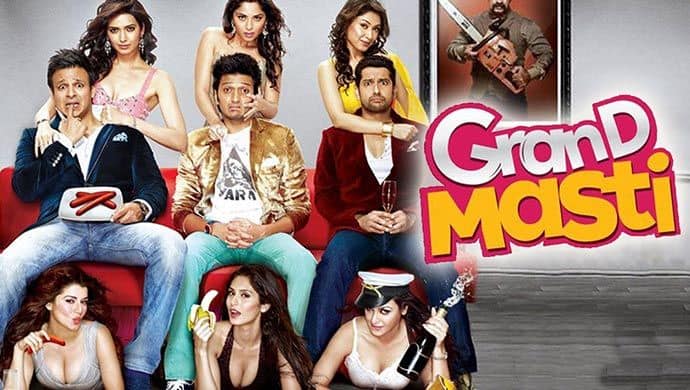 With Grand Masti the trio of the first adult comedy was back and this time with a new twist. Not many fans might be aware of the fact that this was the first Bollywood adult movie to reach the 100 crore club. The story of Meet, Prem and Amar continues but this time in a parallel universe (pun intended). Three of them are married but decide to have an extramarital affair when they meet each other in the college reunion. The funniest part of the movie is when the three of them date the wife, sister and daughter of the same person who is was the principle of their college. 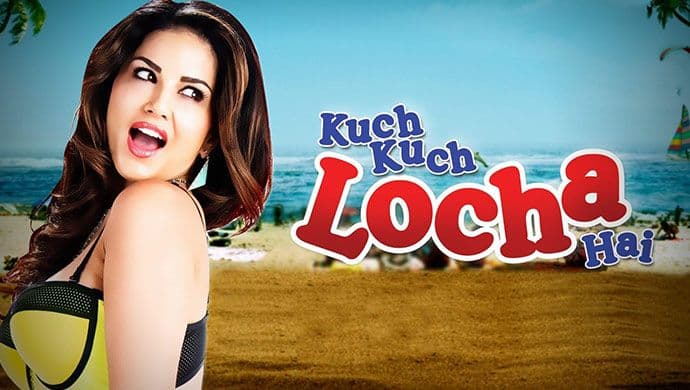 Kuch Kuch Locha Hai was one of the first few movies which Sunny did at the beginning of her Bollywood career. The story is about a 45-year-old businessman who is approached by a lead actress who approaches him to move in with him to prepare for her upcoming project. The title itself hints that something is wrong and after watching the movie you will surely realise it. 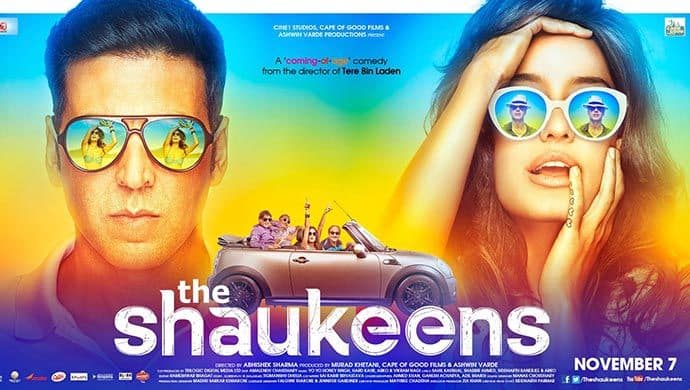 Three old men who are in their above 50’s wish t0 enjoy the rest of their life and plan a trip to Mauritius. There they meet Ahana who rents them her house. Thinking that she is interested in one of them, they try hard to woo her but Ahana is ignorant to any of these thoughts. It’s fun to watch the three men making jokes on each other while impressing the girl. With some brilliant actors like Akshay Kumar, Piyush Mishra, Annu Kapoor and Anupam Kher, Shaukeen is must watch. 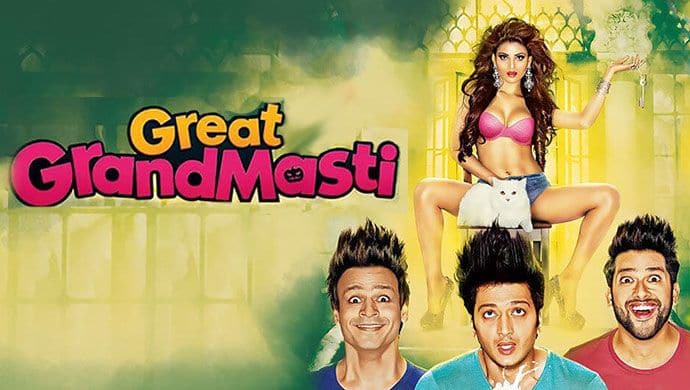 The third instalment in the series, Great Grand Masti is a movie that raises the temperature up with the beautiful actress Urvashi Rautela. The three friends are irritated with their daily routine and are looking out for some masti in their life. They plan a trip to a small town for work purpose and there they meet Ragini who is a beautiful chick with the perfect body figure. But there is something mysterious and supernatural waiting for them this time. Watch it and find out. 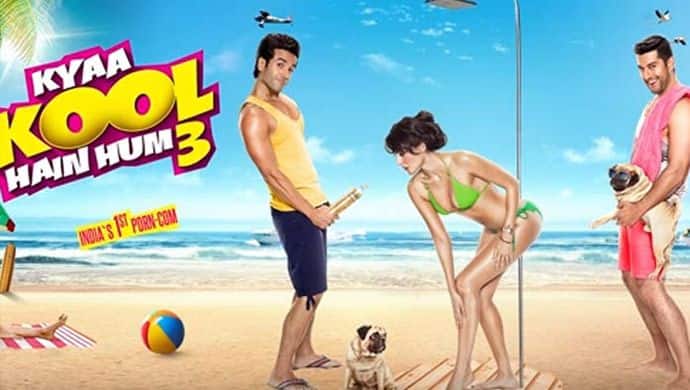 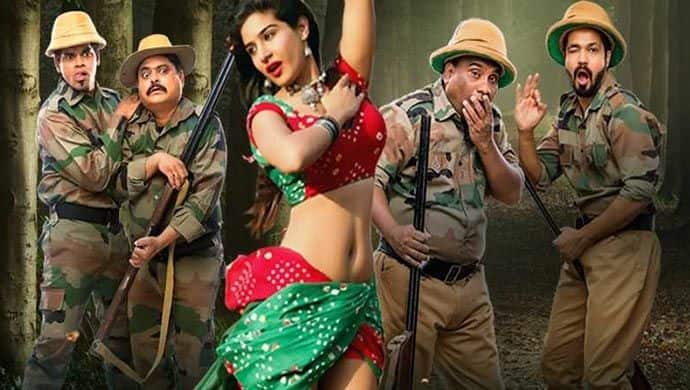 Just like Bollywood, the Marathi film industry is not far behind in experimenting with the genres. As we earlier said, the makers are introducing new concepts in this industry and the audience is appreciating it. Here is one movie which was released last year which had a bold appearance and made a powerful impact on the industry. Shikari was based on the concept of a young female who aspires to become an actress and make a name for herself in the entertainment world. She decides to marry a local theatre director who is desperately waiting to get married. The Jodi of the two goes through a lot to get her a break in the movies and end up in a funny situation. As the movie progresses it turns towards a serious note but we recommend you watch this movie and decide for yourself.