Gabbar Is Back trailer: Akshay Kumar's yet another South remake is loaded with Sholay dialogues! 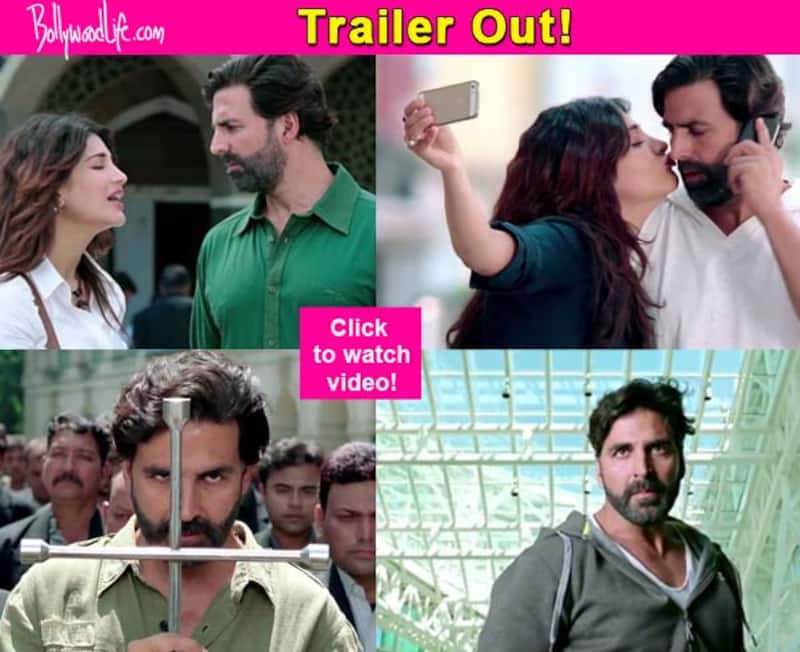 After so many teasers of the Akshay-Shruti starrer being out, here's the final trailer of the film...

The makers of Akshay Kumar's Gabbar Is Back have come up with the first trailer of the film. The trailer features Akshay Kumar, Shruti Haasan, Sunil Grover, Chitrangada Singh amongst others. Also Read - Pathaan actor Shah Rukh Khan to Tiger 3 actress Katrina Kaif: WORST statements made by these Bollywood celebs will leave you shell-shocked

This is one such story of a man remorselessly wronged by the establishment. One freak incident results in everything he held dear taken away from him. Predictably, the system doesn't seem to care - let alone resolve. That's when Ajay (AK) takes matters in his own hands. An underground vigilante army, a secret identity, an elaborate modus. All of these combined together make a Gabbar - a true hero, with dreadful villainous instincts. Also Read - Dusherra 2022: Ten Bollywood films that proved good always triumphs over evil

-The plot of the story seems to be good. Also Read - Aishwarya Rai Bachchan-Mani Ratnam, Deepika Padukone-Sanjay Leela Bhansali and more HIT actress-director duos that have created magic on the big screen

-The action sequences are similar to that of any typical south remake. Audiences love that in Bollywood these days and that might just work with the masses.

-Shruti Haasan barely is there in the trailer. Kareena Kapoor Khan and Chitrangada Singh as well.

-Sunil Grover as a police inspector maybe great in the film, but you are constantly reminded of his Gutthi avatar.

-The Sholay dialogues are a little done to death. Once or twice would have been good, but it seems Akshay's character Gabbar doesn't speak without any references to Sholay.

So go ahead BollywoodLifers, have a look at the trailer and let us know your thoughts on the same. Do you like Akshay's Gabbar avatar? Post in the comments below.