Gali Gali Chor Hai Movie Review: The film is too limp to pack a punch 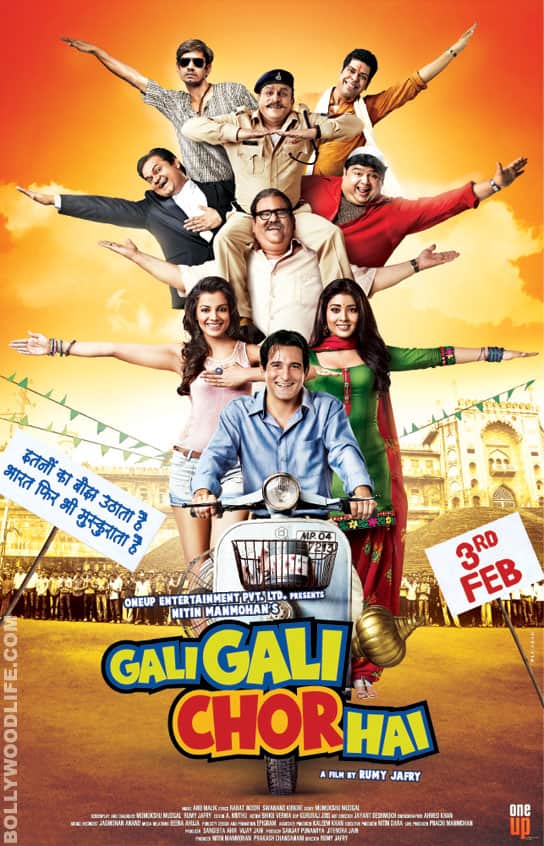 Gali Gali Chor Hai had the potential to be passably engaging but it fails, says Anupama Chopra

Gali Gali Chor Hai is a well-intentioned but unfailingly dull film about a bank cashier in Bhopal who finds himself caught in a Kafkaesque maze of politicians, cops and courts after he refuses to rent a room to the local MLA. Bharat (note the not-so-subtle irony), played by Akshaye Khanna, is the 'aam aadmi' who is squeezed by the system until he snaps. Also Read - Laal Singh Chaddha: Netizens call Annu Kapoor 'rude' after he reveals he does not watch movies on being asked about Aamir Khan's film

I think director Rumi Jaffrey was trying to create a theater of the absurd, in which an old, tattered fan is used to set off a chain of events so chaotic that a regular man's regular life falls apart. There are stray moments of dark humor - so at court, the cops, robbers, lawyers and witnesses (there for a price of course) are on back-slapping terms. Each one knows how the game is played - only Bharat seems mystified and over-whelmed. I also enjoyed the scenes of the Ram Leela - by night, Bharat plays Hanuman and hopes to someday graduate to Ram, a role monopolized by the MLA's brother, who is a bad actor and makes passes at the actress playing Sita. Also Read - Salman Khan ousted Anurag Kashyap as Tere Naam director after he asked the superstar to do THIS! Shocking

Gali Gali Chor Hai brims with fine actors - Khanna is supported by Satish Kaushik, Annu Kapoor, Vijay Raaz and Akhilendra Mishra-but their efforts are largely undone by the inept writing and direction, especially post-interval. The story is bogged down by a sidetrack of a sexy paying guest who infuriates Bharat's wife and - even more bizarre - two bumbling goons who randomly appear and try to blow up a bomb. There’s also Veena Malik doing an item number, wearing (I kid you not), a bra with lights that reflect in the shades of her leering admirer. Also Read - Before Sanjay Dutt in Shamshera; Shah Rukh Khan in Darr, Ranveer Singh in Padmaavat and 9 more ICONIC Bollywood villains who overshadowed the heroes

At which point, the whole crusade against corruption begins to ring a little hollow. Gali Gali Chor Hai had the potential to be passably engaging but it's too limp to pack a punch. If you're in the mood for a satire on the state of the nation, go back to Kundan Shah's Jaane Bhi Do Yaaro. Twenty-nine years later, every frame of that film still holds.