Game Of Thrones season 8's last episode will air on May 20. It will be 80 minutes long. David Benioff and DB Weiss have written and directed the final installment, making it the only episode of the show s final season they stepped behind the camera for. 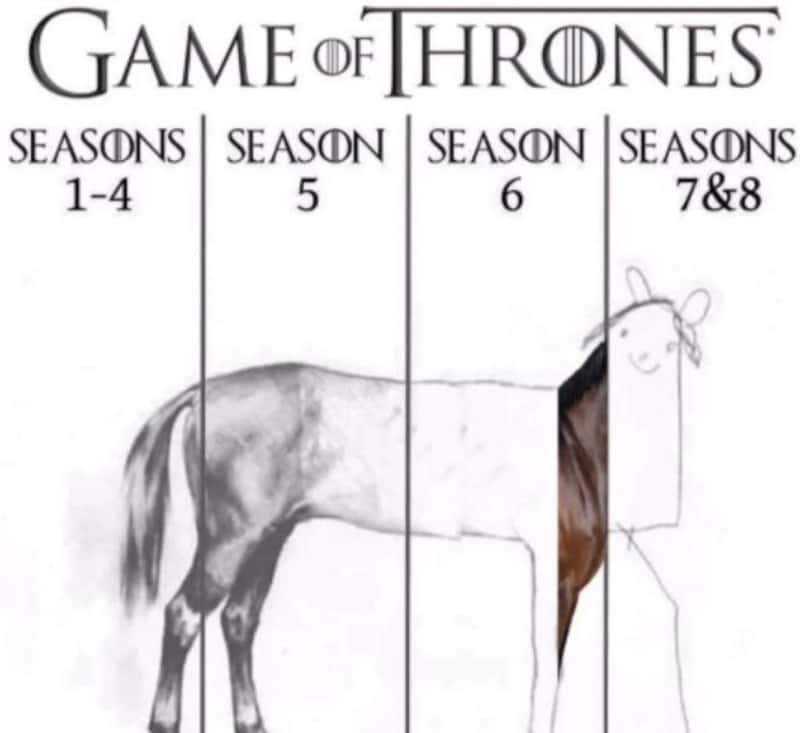 The second last episode of Game Of Thrones season 8 aired today. Needless to say, there were a lot of surprises in store of the fans and a lot of moments from episode 5 left them in a state of shock. From Varys' death to Daenerys Targaryen torching the innocent people of King's Landing, Hound's face-off with Mountain, Jon Snow's realisation about Dany's intentions among more things happened in episode 5 of Game Of Thrones 8. A white horse that Arya Stark found has also raised a lot of doubts among social media users. At the same time, they found meme material from the episode and have flooded Twitter with a sea of jokes. Also Read - Game of Thrones 8: Sophie Turner concludes Kit Harington must be the one behind the coffee cup blunder

Check out memes from Game Of Thrones 8 episode 5 here:

Jon Snow re: every job he’s ever had pic.twitter.com/W2yI8a53Px

varys drafting that letter to prove jon snow is the rightful heir over danaerys #GameofThrones pic.twitter.com/G26gM6w209

I know she not tryna turn Jon against Sansa. #GameOfThrones #DemThrones pic.twitter.com/r1dwKNnuOE

Daenerys and Drogon tonight when Varys and Tyrion tell her not to burn kings landing. #gameofthrones #thelastwar #demthrones pic.twitter.com/LM5U5K9t5A

#gameofthrones all the parents of girls named “Khaleesi” watching their daughter’s namesake descend into madness pic.twitter.com/vcXJSvLrwG

The mountain was harder to kill than the night king .??‍♂️?‍♂️ #GameOfThrones pic.twitter.com/gsjUwTLCt8

Arya when she and Dany are in the same room next episode #gameofthrones pic.twitter.com/3IIv3Ond2a

Well, that was a bit unexpected. #GameofThrones pic.twitter.com/yVszY2tmLN

While that is that, promo of the last episode has been aired. In the video, we see Daenerys Targaryen walking towards her army of the Unsullied and the Dothrakis. Arya Stark seems to have shifted her focus to the queen as she witnesses Daenerys' devastating destruction first-hand. Meanwhile, Tyrion also feels betrayed by the queen. Also Read - Kit Harington checks into a wellness retreat to work on personal issues after Game Of Thrones finale

GOT 8's last episode will air on May 20. It will be 80 minutes long. David Benioff and DB Weiss have written and directed the final installment, making it the only episode of the show’s final season they stepped behind the camera for. Both of them had earlier informed Entertainment Weekly that it would be impossible to please everyone with the series' ending. And hence, they won't be online when the last episode will air. Also Read - Sophie Turner: I guess I am just attracted to kicka** female characters