Game Of Thrones 8 memes: Bran Stark's cold stare fires up the internet with a flood of jokes 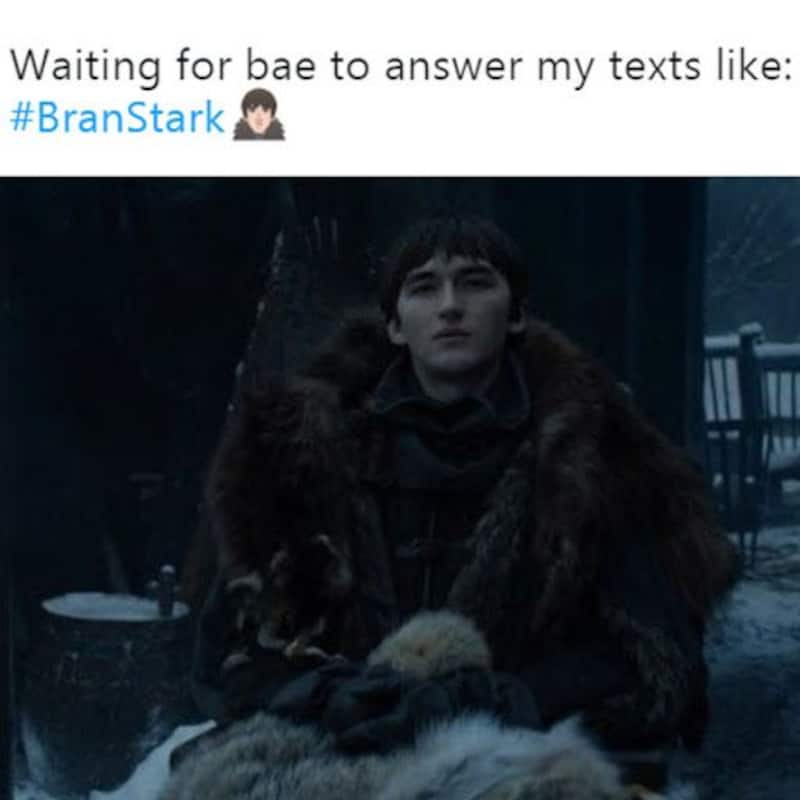 After a long wait of two years, the first episode of Game Of Thrones season 8 went on air today. The ardent fans of this series woke up sharp at 6:30 in the morning to watch the episode and they were in for a treat. Fans were crying happy tears as they saw the reunion of famous characters - Jon Snow- Arya Stark, Bran Stark- Jon Snow, Gendry- Arya Stark, The Hound -Arya Stark and Bran Stark- Jaime Lannister. GoT season 8's first episode refreshed memories showcasing a Northern running through the crowd to catch a glimpse of the Unsullied, who accompanied Daenerys Targaryen and Jon Snow into Winterfell. Also Read - Aashram 3: Can't get enough of Bobby Deol and Esha Gupta's web series? Here are more erotic international shows to give you sleepless nights

While the followers of GoT were busy drooling over the first episode; there were a few who set the internet ablaze with a wave of memes. And the character who provided meme material for social media users was Bran Stark. Wondering why? Let us tell you in detail- In of the scenes from the first episode, Bran catches Jaime Lannister and his sister, Cersei having sex. Following which, Jaime pushes Bran off the tower. The Stark boy survives, but he is paralysed. This incident earns Bran the Third Eye Raven, he who can see both the past and future. Also Read - Sophie Turner, Joe Jonas and daughter Willa celebrate Valentine's Day with leisurely stroll; GoT star's tummy bump sparks pregnancy rumours – view pics

Back in the day, When I came home at 4am and my dad is there, I'm like #GameOfThrones pic.twitter.com/Vi5OiakIff

#GameofThrones
Literally no one:

bran observing any and all mess in the seven kingdoms pic.twitter.com/M3sg4Vwu1S

bran observing any and all mess in the seven kingdoms pic.twitter.com/M3sg4Vwu1S

Meanwhile, the second episode of Game Of Thrones Season 8 will premiere on April 21 in The United States and on April 22 in India. Stay tuned to Bollywoodlife for more updates on the final season of GoT.