Yes, the epic fantasy drama has inspired a series in the Central Asian country

Fans of Game Of Thrones will agree that nothing can match upto its visuals, story-telling and characters. However, the government of Kazakhstan thinks otherwise. It is coming up with a series inspired by Game Of Thrones on the Kazakh khanate. Also Read - GOT's Dean-Charles Chapman and Nell Tiger Free, Star Wars' Carrie Fisher and Mark Hamill and more Hollywood on-screen siblings who fell in love in real life – view pics

The series will showcase the tumultuous events that led to the creation of the first Kazakh khanate in 1465. It happened after the collapse of the Mongolian-ruled Horde Empire. These events laid to the establishment of modern day Kazakhstan. The idea is to present national history to young people through a visual extravaganza. The 10 part historical series is being helmed by Rustem Abdrashev. It takes us back to the time when two leaders, Zhanibek and Kerey broke away from an Uzbek ruled area to form a khanate in southern Kazakhstan. At its pinnacle, the Khazakh khanate ruled over Central Asia and parts of the Eurasian steppes. Also Read - Kate Winslet in Divergent, Gal Gadot in Wonder Woman, Scarlett Johannson in Avengers and more – Hollywood beauties who played amazing characters while pregnant 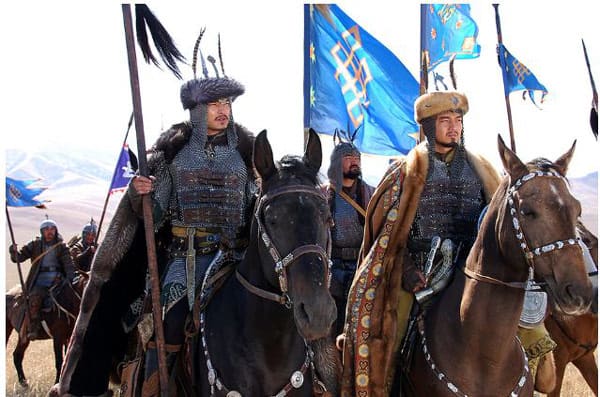 (Photo Courtesy: Kazakh Studio)
Producer Arman Arsenov told an international news corporation that the series was also prompted by Russian president Vladimir Putin’s statement that Kazakhstan was a country with no history. The film is a part of the 550th celebrations of the khanate that took place throughout 2015. It is produced by the state-run Kazakh Film Studio and the rest of the money is through crowd funding. The budget of the show is around USD 5.5 million. They plan to dub it in English, Chinese and Turkish as well. The series seem to promote the idea that Kazakhstan was a sovereign state since centuries and talks of a political struggle. The filming is happening in the mountains of Kazakh where the rocky landscape makes for a perfect war setting. Game Of Thrones is based in Europe and Scandinavia and talks about dynasties and their clamour for power. Kazakh Khanate is also on the same lines. We can expect some thrilling horse chases, sword fights and mortal combat in this show. It meant to appeal to youngsters. Kazakhstan is looking forward to the series that will launch soon.

While it is tough to predict if it will be as successful as the international Game Of Thrones, it is interesting to see how the nation has taken inspiration from the successful series. Stay tuned for more updates on Bollywood Life…