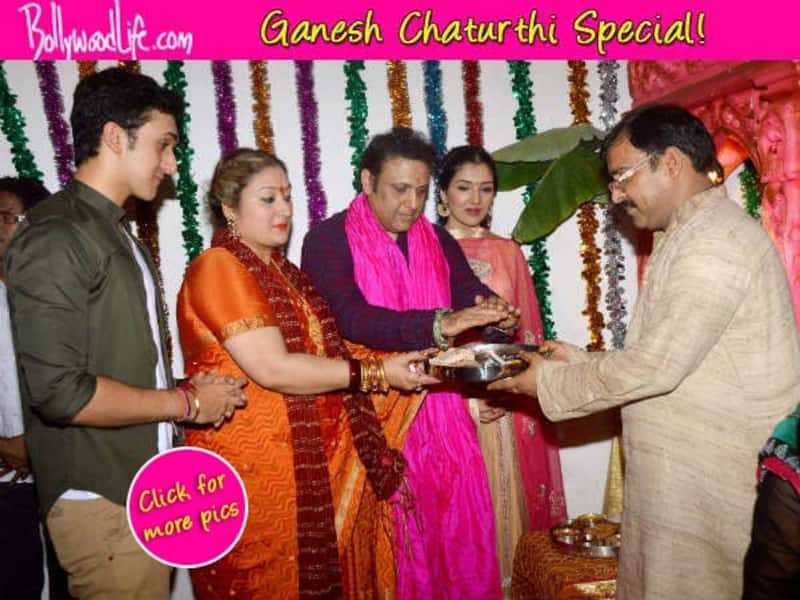 You know that Ganeshotsav is here when the chants of Ganpati Bappa Morya fills the air, and there is a festive fervour where ever you look. Every year Bollywood celebrates the festival with a lot of pomp and this year is no different. While celebs like Salman Khan, Madhuri Dixit, Shraddha Kapoor, Shakti Kapoor, Vivek Oberoi and many more celebrated Ganpati, how can Bollywood's favourite funny man of the 90's bee far behind. Also Read - Anupamaa SHOCKING upcoming twists: Rakhi Dave instigates Barkha against Anu; Anuj-Anu perform romantic dance at Kinjal's baby shower

Govinda welcomed Ganpati Bappa to his humble home and celebrated the festival with his wife Sunita and his two children, Yashvardhan and Narmmadaa. The actor had organised a low key traditional puja which was attended by the closest family members. Also Read - Pooja Hegde, Shehnaaz Gill and more; Salman Khan and his heroines in upcoming biggies