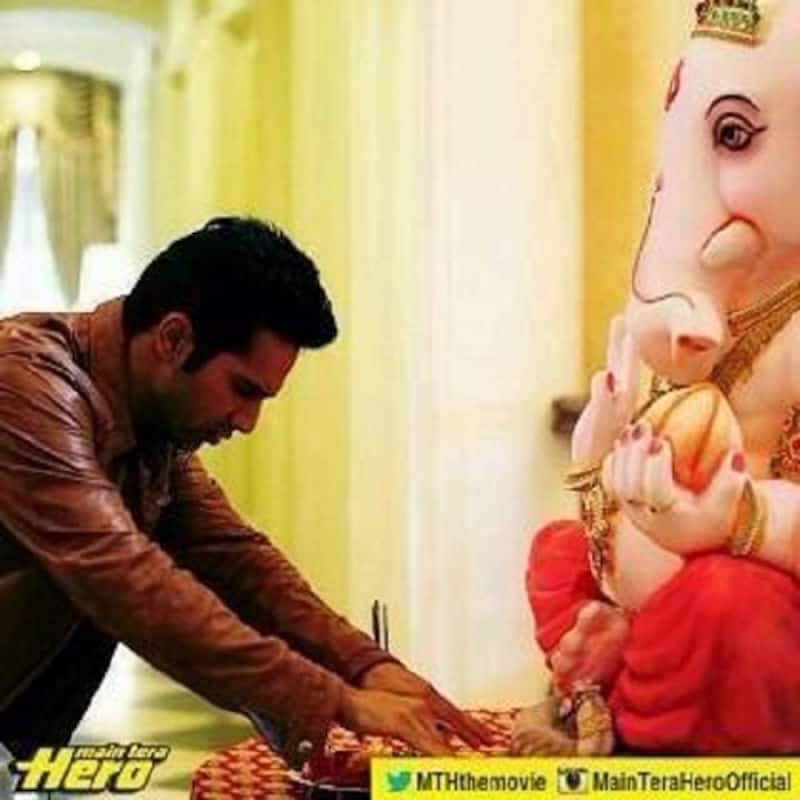 While the nation is gripped in fervour of Ganesh Utsav festivities, even our B-town celebs have jumped into the bandwagon of celebrations as people welcome Ganpathy to their homes. While stars like Shraddha Kapoor, Prabhu Deva and Madhuri Dixit posted pictures of Ganpati at their homes, Varun Dhawan has posted a pic from his film Main Tera Hero which features him seeking blessings from Lord Ganesha. Also Read - Koffee with Karan 7 trailer: Ranveer Singh shares s*x playlist, Samantha Ruth Prabhu blames Karan Johar for unhappy marriages and more

The actor tweeted," #GanpatiBappaMorya my favourite . Enjoy Karo." But what makes us wonder is why didn't the Humpty Sharma Ki Dulhania star post a real life pic with his favourite idol instead of putting up a snap from the movie? It looks like the Badlapur actor is too busy to take some time off for his favourite Ganpati Bappa. Also Read - JugJugg Jeeyo: KRK trolls Karan Johar for 'inflated' box office figures; disses Varun Dhawan as 2 Rs actor