Prior to the release of Gangubai Kathiawadi on 25th February, the makers have released a special teaser of Ajay Devgn's character, where we get to see more of the infectious swag and intoxicating intensity that the superstar displayed in the trailer 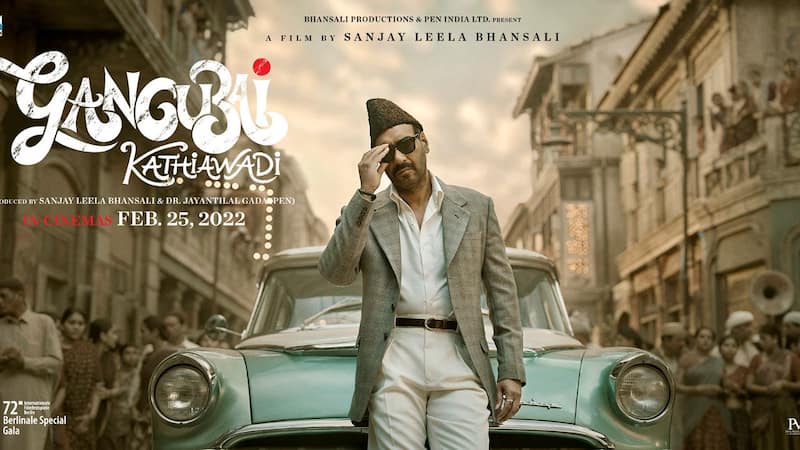 Gangubai Kathiawadi, starring Alia Bhatt in the titular character, plus Ajay Devgn in an extended cameo, and helmed by Sanjay Leela Bhansali will be releasing on 25th February. Prior to that, the makers have released a special teaser of Ajay Devgn's character from the movie, introducing him as one of Mumbai's mafia kingpins, Rahim Lala, where we get to see more of the infectious swag and intoxicating intensity that the superstar displayed in the Gangubai Kathiawadi trailer, while also delving deeper into his relationship with Alia Bhatt's eponymous character in the movie, with the former appearing as her saviour. Watch the new teaser below: Also Read - Trending Entertainment News Today: Shehnaaz Gill on being trolled for PDA with Salman Khan; Parineeti Chopra describes Priyanka Chopra-Nick Jonas' daughter Malti Marie

BollywoodLife was in attendance of a special preview of the Gangubai Kathiawadi trailer on 3rd February, a day before its official launch, in the presence of Alia Bhatt, Ajay Devgn, and Director Sanjay Leela Bhansali along with a massive press contingent at Andheri, Mumbai, and while everybody was in agreement that Alia Bhatt has probably delivered her best act yet (yes, even better than Raazi), there was also no doubt that Ajay Devgn is the highlight of the period drama. Also Read - Trending OTT News Today: The Gone Game season 2 trailer, Richa Chadha trains in Kathak for Heeramandi and more

Midway through the Gangubai Kathiawadi trailer, Ajay Devgn makes his entry as erstwhile real-life Mumbai don Karim Lala and so infectious is his swag and so riveting his larger-than-life screen presence that the entire theatre, where the trailer preview was being showcased, erupted in a crescendo of claps and whistles. Witnessing our fellow media personnel's reaction to Ajay's entry in Gangubai Kathiawadi, and after seeing this new teaser of his from the movie, we've no doubt that the roars in cinema halls across the country will be deafening when the superstar comes on screen once the actual film plays. Also Read - Fact Check: Viral graphic image predicting Sushant Singh Rajput's reincarnation through Alia Bhatt's baby is a total FAKE