Gangubai Kathiawadi's family is highly miffed with Alia Bhatt and the makers for her vulgar portal and has raised abjection on the same. 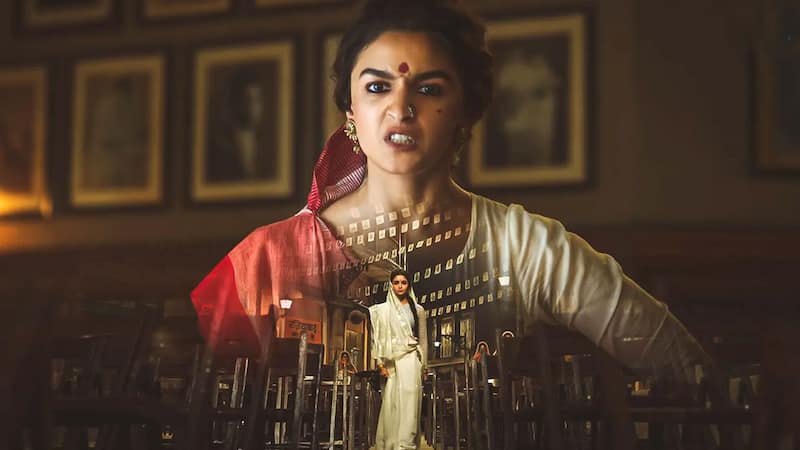 Gangubai Kathiawadi's family is highly miffed with Alia Bhatt and the makers for her vulgar portal and has raised abjection on the same. Slamming the makers and Alia in interaction with India Today, Gangubai's son Babu Raoji Shah says, " My mother has been turned into a prostitute. People are now saying inexplicable things about my mother" As per reports, Gangubai's family lawyer, Narendra said that the whole family has been in deep shock since the trailer of the film has been released, " The way Gangubai was portrayed is completely wrong and baseless. It is vulgar. You are representing a social activist as a prostitute. Which family would like it? You have made her [Gangubai] a vamp and lady don". For the uninitiated Gangubai's adopted son Babu Raoji Shah had filed a petition against the film Gangubai Kathiawadi earlier in 2021. Mumbai court had even summoned filmmaker Sanjay Leela Bhansali and Alia Bhatt in the case, later the Bombay High Court had refused to stay the release in the film and also granted an interim stay on the criminal defamation proceedings against the makers of the film. Also Read - Trending Entertainment News Today: Dia Mirza calls premarital sex 'personal choice post Alia Bhatt's pregnancy announcement; Akshay Kumar reacts to R Madhavan's indirect dig

Talking about the same Gangubai's family lawyer said, " The issue with our [legal] system here is that instead of doing something about the gross misrepresentation, you are asked to produce proof that the son is indeed Gangubai's son. Although we have proved it in court, there is no hearing in this matter now," he claims. He further added, " Our fight started in 2020 when his son [Babu Raoji Shah] came to know that a film was being made on the life of Gangubai after seeing the picture of his mother in the promo of the film. Since then, the family has been in hiding. They are shifting homes, moving to Andheri or Borivali. Many relatives have raised questions over the portrayal, asking the family if Gangubai was a prostitute and not a social worker as they had said. The family's mental state is not good. No one is able to live in peace." Also Read - Post Alia Bhatt's pregnancy announcement, Dia Mirza says premarital sex or pregnancy is a personal choice