The Aishwarya Dhanush-directed film also has her husband and Tamil superstar, Dhanush, in a cameo. Click to read more...

Aishwarya Dhanush returns behind the camera after a hiatus of three years after her last release, Moonu, starring Dhanush and Shruti Haasan . The movie featured the ever-popular song Why This Kolaveri Di, sung by her better half, himself. Also Read - From Mahesh Babu to Allu Arjun: Meet the gorgeous wives of these 15 South stars

This Friday, she is all set to present her new venture, Vai Raja Vai, that has Kadal fame Gautham Kartik, Priya Anand, Vivek, Daniel Balaji and Taapsee Pannu in a cameo. The movie also features actor-director, S.J. Suryah, in a fun item song. Also Read - Aishwaryaa R Dhanush DISSED on social media for her 'pathetic' Bharatnatyam at the UN 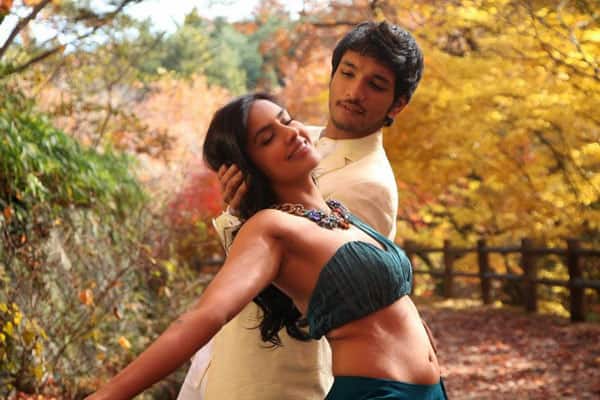 While Moonu dealt with a serious issue of bi-polar disorder, the trailer of Vai Raja Vai indicates that it is a thrilling heist film, on the lines of Ocean's Eleven trilogy, with more action, romance and masala. The best part of the film is that it features Dhanush in a rocking guest appearance. He is said to be reprising the role of the local don, Kokki Kumar, from his hit film, Pudhupettai.

You can watch the trailer of the film here.

Gautham Kartik has also shared the below behind-the-scenes video of the film on his Twitter page.

Gautham's last two films haven't been huge hits, so he is desperately putting all his hopes in Vai Raja Vai to establish a strong foothold. Let's wish the talented young actor all the very best for his new venture, and hope it turns out to be a huge success.