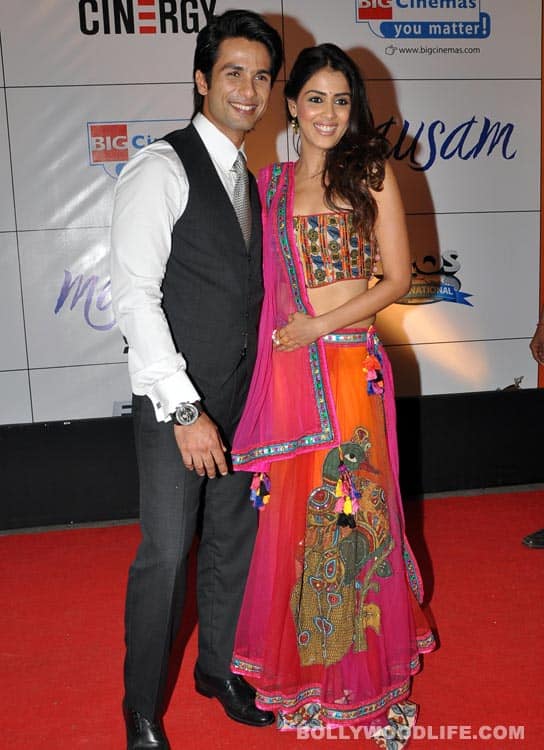 Sometimes our stars in their friendly stupor end up inviting trouble. Like a not-so-happy Shahid Kapoor wished luck to his actor-friend Genelia D’souza on the eve of release of Force. He tweeted, “Wishing my fav girl @geneliad. All the luck for force.....Sure it’ll rock my dearest... All the luck and love.” And it seems the Mausam actor’s wishes actually worked for his Chance Pe Dance co-star’s film. Next day in the moment of excitement Genelia tweeted, “Cinemax replaces evening show of Mausam with Force... all 734 seats sold out for Force!” Maybe she quickly realised that it was like pouring acid on her dear friend Shahid’s wounds (read Mausam debacle) and stopped any more tweets of similar nature and simply thanked her fans for appreciating the movie. That was the end of Shahid-Genelia’s twitter camaraderie. Shahid did not tweet after that. It seems like he went back to heal his broken heart. Our sources say Shahid is pretty down ‘coz of the response Mausam received. However it is more to do as a son. As an actor Shahid was showered with accolades for his performance in the film, but Pankaj Kapur received brickbats for his writing and directing skills. Now you know his strong reaction to a certain film critic’s bad review. Anyway we wish Shahid and his family a speedy recovery from the gloomy mausam. Also Read - BL Recommends: Josh, Iqbal, The Incredibles, Star Wars 6 – the best movies for Raksha Bandhan to watch right now on Hotstar, ZEE5, Google Play, Amazon Prime and Netflix