Genelia D'Souza: I am not apprehensive about being paired with Riteish 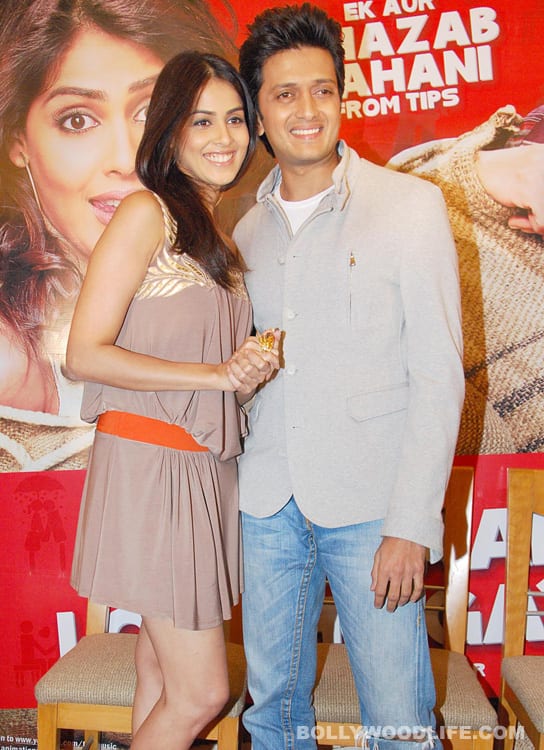 Couples like Ajay Devgn-Kajol or Saif Ali Khan-Kareena Kapoor have been in the industry for a while, but have still to prove their success at the box-office. But Ritiesh Deshmukh and Genelia D’Souza, who will be married to each other on February 3 before their film Tere Naal Love Ho Gaya releases, aren’t bothered about this common perception. The Double Dhamaal actor says, “I feel that if a film is good it will work. If it’s not good it won’t work. Actors, couple, their chemistry and all that are as good as the film. Whether a real life couple work or not are all permutations and combinations.” Meanwhile, his girlfriend Genelia is pretty confident about their pairing. “I always believe in chemistry being written. I don’t think you can blame actors, coz if the lines are not written the chemistry is not there. But I don’t have apprehensions (about the pairing) as I never knew Riteish as an actor. We worked together seven years back and it was our first film, so it was a totally different experience. Today I know that a part of him comes alive during performing. So I am very confident of being in each other’s space. Also, people have found certain freshness about our pairing in spite of being around for ten years.” We think so too! And if their film does become a hit, there couldn’t be a better wedding present. What do you think about them as a reel couple? Also Read - Did you know Prabhas made a special appearance in THIS Bollywood disaster before emerging a pan-India star?