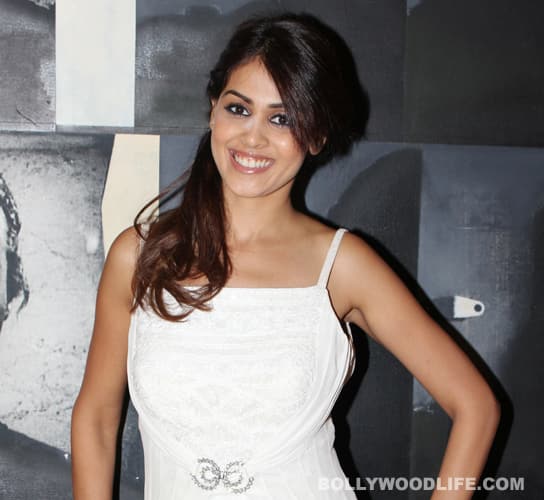 Those of you who were eager to see Riteish Deshmukh romance Genelia D’souza again (focus dearies, we are talking of strictly onscreen) will have to wait a little while longer. Genelia has revealed that she hasn’t signed Masti 2. Why? She hasn’t been offered it yet! Apparently, Masti 2 is just in the scripting stage and the producers are yet to even approach anyone for casting. It will be a long time till the film actually gets made (if it does) and hits the screens. Meanwhile though, you can console yourselves with Tere Naal Love Ho Gaya. That’s the next film starring the duo, and plans are to release it by end of this year or early next year. As soon as the two finalise a date for their wedding! Yes, we heard that there is a campaign being planned like the one Abhishek-Aishwarya did during Guru, in which the actors will reveal their wedding plans while promoting the film. Hmmm… we wouldn’t care much for that, not unless there was some truth in the whole wedding story, that is. So do you have something real to announce, Genelia? Care to comment, Riteish? Also Read - Happy Birthday Abhishek! May the blessings of his father be his most desired, writes Amitabh Bachchan